Actress Halle Berry tried to commit suicide over her failed first marriage, she reveals in an upcoming interview.

Berry, 40, admits to Parade magazine that she tried to gas herself when her fiery union to Atlanta Braves baseball star David Justice collapsed, but pulled out at the last minute.

“I was sitting in my car, and I knew the gas was coming when I had an image of my mother finding me,” she tells the magazine.

The image of her stoic mother Judith, now 67, was enough to snap the blues out of Berry. “She sacrificed so much for her children, and to end my life would be an incredibly selfish thing to do. It was all about a relationship. My sense of worth was so low,” Berry says. “I promised myself I would never be a coward again.”

The actress also describes her subsequent marriage, to singer Eric Benet, as “really horrific … We were in sex rehab after one year. I wish I had left then, but I was putting everyone’s needs before mine,” says the Oscar winner, who next appears on-screen with Bruce Willis in the thriller Perfect Stranger.

“I will never, never get married again,” she told InStyle recently.

But she tells Parade she is determined to be a mother. “I’ve accomplished things I never thought I would,” she says. “Now my sights are set on a different chapter in my life, which is motherhood. That’s the goal I have very clearly set for myself.” 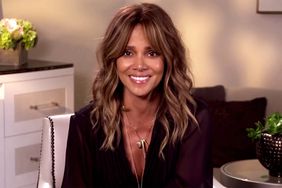 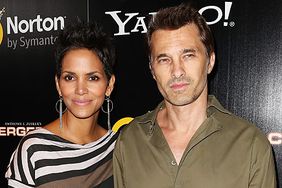