Hailee Steinfeld‘s got a hot new single, and you’re going to love it.

The crossover star and Grey released their latest track, “Starving,” featuring Zedd, on Friday, right in time before the song of the summer race heats up.

The track highlights Steinfeld’s distinct vocals as she addresses the heart rate-inflating symptoms common in a new relationship, a wink in her voice as she sings lyrics like “I didn’t know that I was starving ’til I tasted you.”

“Starving” is the fifth song Oscar nominee, 19, has released since making her music foray last year. After releasing her smash debut “Love Myself” in August, she released her first EP, Haiz, in November. That set included standouts “You’re Such A” and “Hell Nos and Head Phones,” as well as “Rock Bottom,” which she re-recorded as a single with DNCE, Joe Jonas‘ new act.

The track is expected to appear on Steinfeld’s upcoming LP, for which she has been collaborating with hitmakers like songwriting duo Justin Tranter and Julia Michaels

Steinfeld – who stars in this fall’s coming-of-age film The Edge of Seventeen – is currently on the road with Meghan Trainor, opening up for the “Me Too” singer’s Untouchable tour. 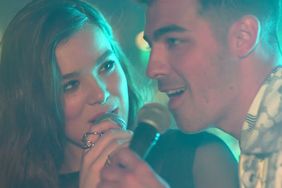