Gwyneth Paltrow is already an Oscar winner, cookbook author, mother of two and wife of a rock star – and now she can add lifesaver to her list of accomplishments.

Lara Lundstrom Clarke believes her life was saved by a chance encounter with the actress on Sept. 11, 2001, according to The Morton Report.

Clarke was rushing to get to work at the Twin Towers in New York City when she jaywalked in order to get to the subway station. As she crossed 7th Avenue, a Mercedes SUV came barreling toward her.

Gwyneth Paltrow: Why I Don’t Ask My Husband for Advice

Both Clarke and the car stopped in their tracks, and as the driver waved her across she realized it was Paltrow behind the wheel. The near-collision caused Clarke to miss her train, and by the time she got to work, the first plane had hit the World Trade Center.

Four people in her office died that day.

Much like Sliding Doors, the movie starring Paltrow about a chance romantic encounter that depended on catching a train, Clarke’s life was forever changed by her moment with the actress.

When contacted by The Morton Report, Paltrow’s publicist Stephen Huvane confirmed the accuracy of the incident and added that Paltrow, 38, was “deeply moved” by the story. 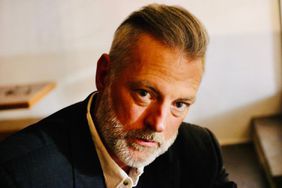