Gwyneth Paltrow and Chris Martin Step Out for Dinner with Friends, Post-Split

On Thursday, the couple – who announced in March that they were separating after 10 years of marriage – were all smiles as they were photographed by x17Online leaving Giorgio Baldi in L.A. after enjoying dinner with friends at the popular Italian restaurant.

Dressed casually with her hair in a loose ponytail, Paltrow, 41, wore white shorts that showed off her toned legs.

Although Martin, 37, showed up at an event in April without his wedding ring, the couple continue to be spotted together since announcing their split.

The friendly exes were seen “holding hands and laughing” at Robert Downey Jr.‘s 49th birthday in April, and later, they together celebrated son Moses turning 8.

According to a source, the two were recently seen “being affectionate” at another family event. “They didn’t seem like people who were getting divorced,” the source told PEOPLE.

In a recent sit-down with BBC Radio 1, Martin opened up about the split, saying he wouldn’t call his “conscious uncoupling” from Paltrow a breakdown.

“This was more a realization about trying to grow up, basically,” Martin explained. “Like I said, if you can’t open yourself up, you can’t appreciate the wonder inside. So you can be with someone very wonderful, but because of your own issues you cannot let that be celebrated in the right way.” 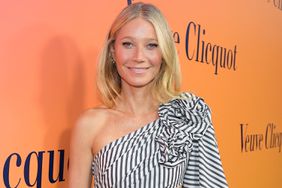 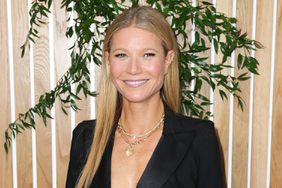