How did we ever learn how to spell "bananas" before Gwen Stefani's 2005 hit?

The cheerleading-inspired tune topped the Billboard charts a decade ago, reigning from May 7 through the 28th back in 2005 – though it’s hard to believe that it’s been so long, considering Stefani looks exactly the same now as she did then.

While you may still know every lyric in “Hollaback Girl”‘s infectious chorus, you might not know that one of Stefani’s biggest hits would never have come into existence if it wasn’t for Courtney Love – who once insulted Stefani by dismissing her as a “cheerleader.

“Y’know someone one time called me a cheerleader, negatively, and I’ve never been a cheerleader,” Stefani told MTV in 2005. “So I was, like, “Okay You want me to be a cheerleader? Well, I will be one then. And I’ll rule the whole world, just you watch me.

Thanks to a sing-song chorus inspired by Toni Basil’s “Mickey,” and a beat from super producers The Neptunes – also known as Pharrell Williams and Chad Hugo – Stefani did rule the world for a few weeks in May ’05.

“Hollaback Girl” became a cultural phenomenon; it was parodied by the cast of Family Guy and Celebrity Deathmatch, which had a claymation Stefani spell out several other fruits and vegetables.

Despite its place in pop culture history (plus two Grammy nominations), one mystery about the song remains: To this day, Stefani has never actually confirmed what a “Hollaback Girl” is.

Of course, you don’t really need to understand the meaning in order to have the song stuck in your head for the rest of the week. You’re welcome. 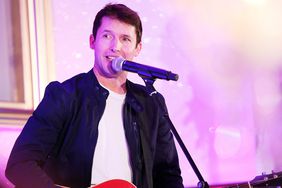 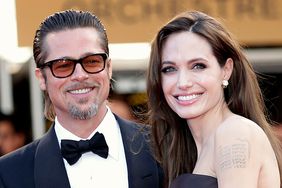 Things the Internet Cared About 10 Years Ago Before Brad & Angelina