This is the third marriage for Thicke and the first for Callau.

When the couple’s engagement was announced last month, Thicke, who played TV dad Jason Seaver on ABC’s Growing Pains from 1985 to 1992, joked about his marital history. “I’ll be on my third honeymoon, so I’m more of an authority than I care to be.”

Thicke was previously married to Gina Tolleson, a freelance TV reporter as well as Miss World 1991 (they were wed from 1994-99 and had one child), and to singer-actress Gloria Loring (1970-83, two children).

Looking Back at Alan Thicke's Life and Career in Photos

In Thickeness and in Health 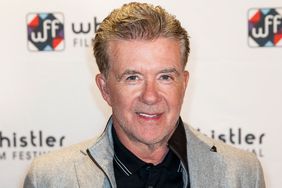