Ivery proposed to Pompeo on Friday, her 37th birthday, after breakfast at home. “She was surprised and thrilled,” the actress’s rep tells PEOPLE. Ivery presented Pompeo with a 3.5-carat emerald-cut diamond in a platinum setting from jewelry designer Tacori.

Pompeo and Ivery, 37, both Boston-area natives, grew up minutes away from each other, but didn’t meet until pals introduced them in Los Angeles in 2003. They didn’t start dating right away. “We were friends for six months; then one night she just looked different to me,” Ivery told PEOPLE in October.

Their relationship is laid-back. “We had a great day yesterday,” Pompeo told PEOPLE. “We walked on the beach, then we came home, took a shower and went out for sushi. Then we laid on the couch with the dogs and watched TV.”

Pompeo added, “We were six degrees our whole lives, so I feel like we were sort of meant to be. We’ll get married eventually, secretly.”

According to Pompeo’s rep, no wedding date has been set. 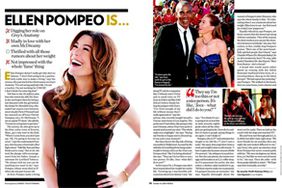 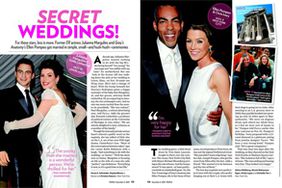 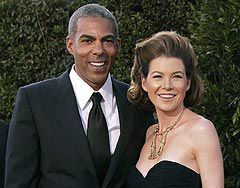