Pablo Santos, the 19-year-old star of the WB series Greetings from Tucson, died Friday in a plane crash in Mexico, a hospital official told the Associated Press.

Santos reportedly was riding in a small Piper Malibu plane when it crashed just over a mile short of its runway. The plane was approaching the airport in Toluca, some 35 miles west of Mexico City, the Mexico State Security Agency told AP.

Six others were hospitalized in the crash. Santos – who starred on the TV series that ran from 2002-2003 – was taken to Social Security Hospital, where he died Friday, hospital rep Irma Garcia Guardarrama said.

The cause of the accident is under investigation.

Born in Monterrey, Santos racked up a string of TV credits, including appearances on Boston Public, Law & Order and American Family. He also appeared in the films Sea of Dreams and Party Animalz. 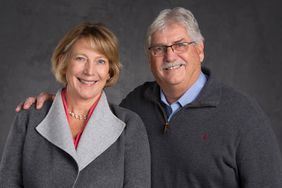