Tom Green, no stranger to jokes both practical and impractical, told Jay Leno during the taping of the “Tonight” show on Wednesday that Drew Barrymore is pregnant with the couple’s first child. Green, 29, said that the actress, 25, had whispered the happy news to him right before he appeared on the air. Green has also been saying lately that he and Barrymore eloped about a month ago, though when asked by PEOPLE during a press junket for his new movie, “Freddie Got Fingered,” where the wedding took place and/or a marriage certificate might be found, the comic grew evasive. Publicists for Green and Barrymore could not be reached for comment regarding Green’s announcement that the couple is expecting. 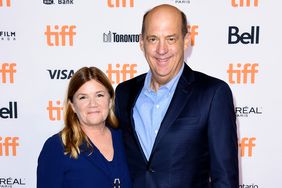 Tom, Drew: Did They?