Speaking to PEOPLE about her fertility struggles earlier this year, GloZell Green made a promise: “I’m doing it. I’m going to become a mom.’ ”

Now, she really is. The YouTube comedian announces in this week’s issue of PEOPLE that she and her husband, Kevin Simon, are expecting their first child via surrogate, a woman named Shawna Johnson.

“We are over the moon,” Green tells PEOPLE. “To say, ‘What Shawna is doing for us is the greatest gift,’ is an understatement. She truly is an angel in our lives and we will be forever grateful to her for her generosity toward us.”

Green and Simon heard the happy news on Dec. 2 during a doctor appointment; their reaction was filmed for her docuseries, Glo All In, airing on the Awestruck Network and available on Verizon s go90 entertainment app. The star says the couple felt “happiness, relief and super-thankful” upon seeing the positive test.

After marrying Simon in 2013, Green was looking to start a family, but “it just wasn’t happening,” she told PEOPLE in a September interview. “They told me there was no hope.” Diagnosed with endometriosis, the now-43-year-old was told by three different doctors that children might not be in her future because of her age. “But I refused to believe there was no chance,” she added.

GloZell Dishes on Her New YouTube Channel at Stream Con

She began making life changes to better her odds of becoming a mom. Despite her “close relationship” with cupcakes, she cut out sugar. She tried cryogenic therapy, acupuncture, even vaginal steaming and crystal-healing sessions. None of it worked. Finally, a fourth doctor suggested the idea of a surrogate. After months of hormone treatments and medical procedures, Green decided she liked the idea of another woman carrying her, as she calls them, “Glo-sicles.”

Since Johnson is based in San Francisco, Green, who knows “a lot of bonding happens in those first nine months,” says her baby will listen to her videos while in the womb. Of her decision to talk about her fertility issues, Green says, “It made me feel better to talk about it. I wasn’t going to be in the closet about this. That’s not healthy for anybody.”

What is healthy? So for, baby boy or girl Simon! “The surrogate is feeling pregnant!” Green jokes. “And a little sick. She thinks it’s a girl.”

At the trio’s next appointment, they hope to see baby’s heartbeat. “And in another few weeks we find out if we are having a son or daughter,” Green adds. “We’ll be thrilled with a healthy baby either way.” 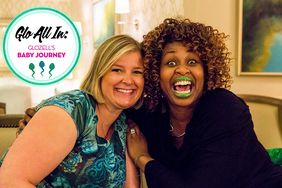 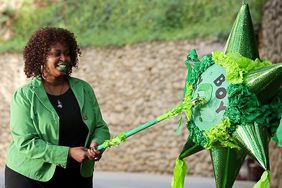 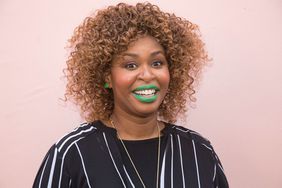 Second Child on the Way for GloZell Green 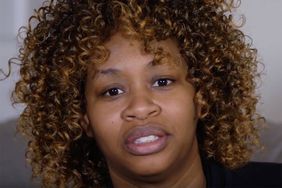 'We Found Out the Baby Is Not Going to Make It': GloZell Green's Surrogate Will Miscarry