The up-and-coming beauties have an impressive pedigree, modeling contracts and famous friends – all the makings of superstardom

First came the Hiltons, then came the Olsens and the Jenners … now it’s all about the Hadids!

Gigi, 19, and Bella, 18, are the latest sisters storming the fashion industry. Their savvy and good looks are no surprise given their impressive parentage: Yolanda Foster, a former model and current Real Housewives of Beverly Hills star, and real estate developer Mohamed Hadid.

Though much of the Hadid sisters’ public exposure before 2014 came by way of Real Housewives appearances, last year was a breakout year for Gigi, and 2015 is shaping up to be star-making for Bella.

So what do you need to know about the Hadids?

Both Bella and Gigi moved from California to New York to follow in the professional footsteps of their mother, 51. Though the ink is still drying on Bella’s IMG contract (signed last August), Gigi has modeled for Tom Ford, Sonia Rykiel and GUESS, to name a few. She also showed off skin in a racy 2014 Sports Illustrated Swimsuit Issue spread and just landed a major gig with Maybelline.

Gigi has been in a long on-and-off relationship with Australian singer Cody Simpson, 18. As of Thursday, the relationship is most definitely on – Simpson joined Gigi in her native Los Angeles to celebrate Daily Front Row Fashion Awards naming her Model of the Year.

Bella likes being behind the camera as much as standing in front of it. Her keen eye has earned her a huge Instagram following, and she’s happy to flout that whole “models don’t eat” stereotype.

Their younger brother Anwar, 15, certainly got an equal share of the family’s genetic blessings. Modeling dynasty, anyone?

Vogue recently anointed Gigi as an ‘It’ girl. In the profile, she discussed modeling for GUESS at age 2 and meeting Victoria’s Secret model and her personal “queen” Candice Swanepoel.

Sexy and sporty! In addition to being a nationally ranked equestrian, Bella has been surfing since she was a kid.

The girls undoubtedly have impeccable taste in music – not to mention musician friends, including Taylor Swift and Rihanna – thanks to a close relationship with their stepfather David Foster, 65, who has won 16 Grammys and produced hits including Whitney Houston’s cover of “I Will Always Love You,” Celine Dion’s “The Power of Love” and Toni Braxton’s “Un-Break My Heart.”

And, to absolutely no one’s surprise, they excel at selfies.

Gigi Hadid: My Maybelline Contract Was My Christmas Present 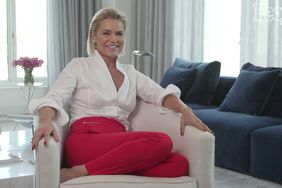 Yolanda Hadid Considers Herself a 'Disciplined Mom': 'At 12, I Set My Kids Free' to Become 'Independent Human Beings'

Gigi Hadid Got All Her Prom Dresses from Her Mom Yolanda's Closet! 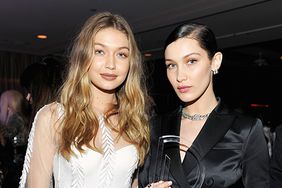