The musician and Kenny Goss will hold a commitment ceremony

George Michael and his partner of 10 years, Kenny Goss, will make their relationship official under new British legislation offering gays many of the legal protections available to married couples.

“I’m sure Kenny and I will be doing the old legal thing, but we won’t be doing the whole veil and gown thing,” the musician told the Associated Press at a screening of a documentary about his career. “It’ll be relatively soon after it comes in, probably early next year.”

The legislation creating civil partnerships becomes effective Dec. 21, after which, Michael, 42, said, he and the Texas-born Goss, 47, a former flight attendant who reportedly met Michael at a Los Angeles restaurant, will hold a “small, private ceremony.”

Michael added: “I’m not very romantic about it to be honest. I think Kenny probably would be if I let him, but it’s just not me.”

Still, he admitted, there are legal ramifications at work. The Civil Partnerships Bill will permit legally binding partnerships entitling the couples to some of the same tax and pension rights afforded married pairs.

“We want to do it, just in case,” Michael said. “You never know, I could get hit by a bus and the poor man could have nothing.”

Last week, Elton John announced that he and his longtime partner, Canadian-born filmmaker David Furnish, would tie the knot on Dec. 21, the date the legislation goes into effect.

“It’ll be a very small family affair and then in the evening there’ll be a soiree somewhere, which we have yet to work out,” John, 58, told Attitude magazine, according to AP. “But the ceremony itself will be David’s parents and my parents and the two of us. … They’ve been so fantastic to us and so supportive.” 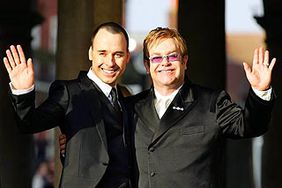 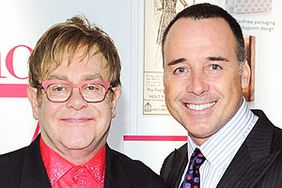 Elton John to Wed Partner David Furnish in May 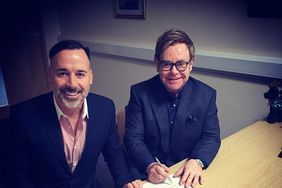 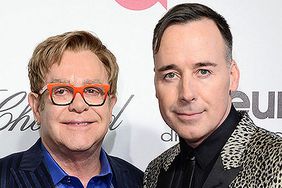