May the Force of wedded bliss be with them.

Star Wars creator George Lucas received some earthly love from his Hollywood pals this weekend after tying the knot with fiancée Mellody Hobson on Saturday night, a source confirms to PEOPLE.

Friends at the wedding – which took place in Marin County, Calif., where Lucas’s Skywalker Ranch is located – also shared the happy news via Twitter.

“Let’s give a Galactic shout out to Master George Lucas & his bride Melodie on this, their wedding day,” Tweeted Samuel L. Jackson, while Ron Howard Tweeted that their ceremony “was a joy to behold.”

Lucas, 69, became engaged to Hobson, 44, who heads the investment management firm Ariel Investments, in January, after dating since 2006. He was previously married to film editor Marcia Lucas from 1969 until their divorce in 1983.

Hobson is a contributor and analyst on finance and the economy for CBS News. She is also chairman of the board at Dream Works Animation SKG Inc. 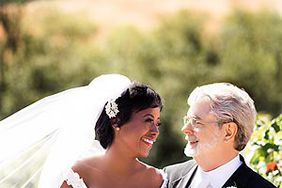 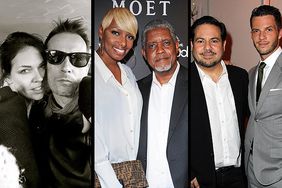