"It's strange not having him sitting on the carpet in the house," the star tells PEOPLE

A downcast George Clooney’s eyes welled up with tears at Monday night’s Hollywood premiere of his latest movie, The Good German, when the subject turned to Max, his 300-lb. pet pot-bellied pig who just died.

Asked how he was doing in light of the loss of his devoted companion, who had lived with PEOPLE’s Sexiest Man Alive for the past 18 years in his Los Angeles home, Clooney, 45, told PEOPLE: “I’m good. I just got home this morning, or this afternoon, so it’s strange not having him sitting on the carpet in the house, but, you know sad, actually.

Recalling his best memory of Max, who was often featured in interviews with Clooney (who referred to him as “Max, the star”), the two-legged star said, “Oh, there are plenty of them. He got me in a lot of trouble that pig, in general, (and) scared the hell out of a lot of delivery people, too.”

Clooney – who had informed USA Today that there would be no successor because, “I think Max covered all my pig needs” – was also overheard at the premiere as saying something about cremation. 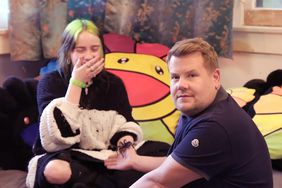