The pair, who costarred in Gravity, have been friends for more than 25 years

Sometimes even when George Clooney is joking, he can be serious.

The Oscar winner was in a playful mood when PEOPLE caught up with him at the AFI Film Festival premiere of August: Osage County in Hollywood on Friday. Clooney produced the film, which stars his friends Julia Roberts and Meryl Streep, and he spoke to PEOPLE about another pal, Sandra Bullock, who’s getting Oscar buzz for her role in their film, Gravity.

Clooney, 52, who has gotten close to Bullock’s 3½-year-old son, Louis, has been there for his friend since they were struggling actors and has seen her go through good times and bad, including her divorce from husband Jesse James in 2010.

“She’s a really dear friend,” he said. “So watching how this year has gone for her – and she’s had tough years before – has been great.”

When asked how she balances motherhood and her career, Clooney joked, “I don’t balance motherhood. I got a kid here, a drink here.” But then added seriously, “She does it all. She’s a great mom.”

Sandra Bullock’s Not the Only Secret Rapper 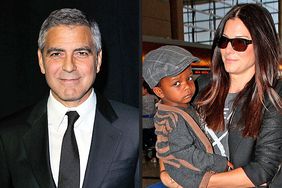 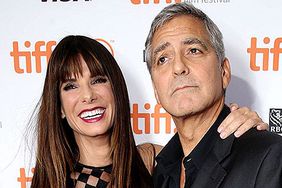 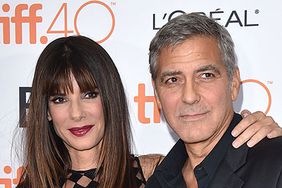 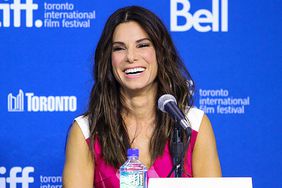