George Clooney Helps Launch the 100 LIVES Initiative in N.Y.C. with Amal by His Side

George and Amal Clooney stepped out together on Tuesday night for a good cause.

The power couple attended the launch of the 100 LIVES initiative in New York City to show their support for those who worked to save Armenian lives during the country’s genocide 100 years ago.

The 100 LIVES initiative was started as a way to learn from past events, like Armenia’s genocide, in order to prevent future human rights violations.

Dressed in a dark navy suit, George, 53, took the stage with the initiative’s co-founder, Ruben Vardanyan, to discuss how the world needs to start taking peaceful action towards ending cruelty.

“I am honored to be associated with 100 LIVES as it shares a common mission with my foundation, Not On Our Watch, to focus global attention on the impact of genocide as well as putting resources towards ending mass atrocities around the world,” the actor told PRNewsWire. “It should weigh heavily on all of us that genocide still takes place today.”

“We have to tackle this head on – as individuals, as communities and as governments,” he continued.

As part of these efforts, George has also joined the initiative’s prize selection committee for the Aurora Prize for Awakening Humanity, an annual $1 million grant that will be awarded to individuals striving to end cruelty across the globe.

Amal, 37, wearing a delicate blue cut-out dress, supported her husband from the audience during his talk with Vardanyan.

The London-based human rights lawyer and George have been spotted around New York City as they both work on their East Coast projects.

Amal recently announced she will join Columbia University for the school’s spring semester as a visiting faculty member and as a senior fellow with the Law School’s Human Rights Institute. While his wife educates the next generation of lawyers, George is filming his New York-based movie Money Monster. 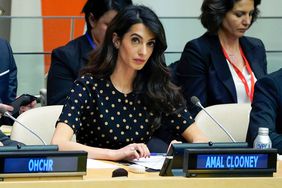 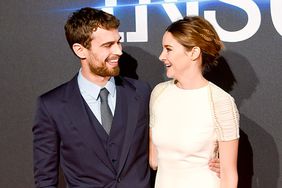 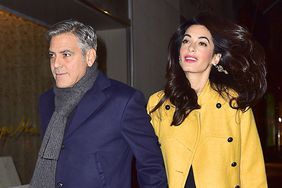 George Clooney and Amal Step Out For a Date Night in N.Y.C. 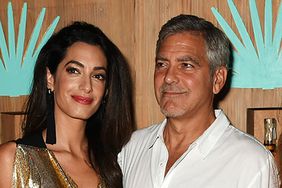 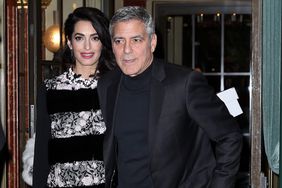 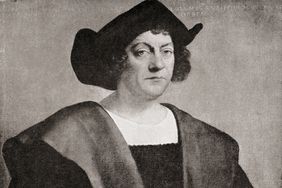 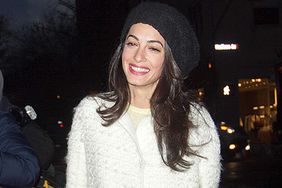 Amal Clooney Steps Out in N.Y.C. After Landing a Gig at Columbia 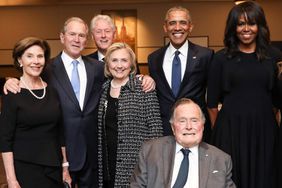