Generation K: Children of the Storm

Their lives shattered by Katrina, the hurricane's youngest victims will recover – but they won't ever forget

Quintelle Williams offers what comfort she can to Ikea, her 9-day-old baby, while waiting with thousands of refugees for buses to take them away from the Superdome, the squalid shelter now said to be slated for demolition.

In the relative calm after the storm, the Douglas sisters (Juliana, 9, foreground, and Callie, 7) return to their wind-tossed home to pick through the remains, walk their dog – and catch their breath after so much chaos.

After a fire erupts in a trash chute, 3-year-old Deonte Hurst (carried by New Orleans firefighter Doug Balser) is among the thousands

evacuated from the overcrowded, overheated dome.

At the Convention Center, where they’ve been waiting for days to be evacuated, Terri Dorsey, 10, and Imari Clark, 1, struggle to keep their cool while a family member is treated for heat exhaustion.

To restore a semblance of normalcy to children’s lives, adults offered art classes at the Astrodome, where kids like Charleston Walker Jr. of New Orleans drew, practiced their ABCs – and forgot their woes for a while.

When Secretary of State Condoleezza Rice visited Bayou LaBatre, she found children like Patrick Benson, 17, and his 1-year-old niece Mary Taylor living on shrimping boats, their houses having washed out to sea.

Christopher Hodges, 13, and his sister Cherell, 15, share a moment of joy after being rescued by Arkansas EMS personnel from Fortier Alcee Senior High School, where the siblings had been trapped for days.

For days after the storm, "I didn't have any information, nothing at all," says Yashica Blackstone of the location of her twin girls (Yakierra, left, and Yasmine), who had been born six weeks premature on Aug. 25 in New Orleans. The babies had been evacuated to a Dallas hospital as mom rode out the storm. They were reunited via the Internet. "It was just a relief," Blackstone says.

Children of the Storm 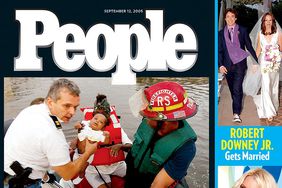 'This Storm Is Not Over' 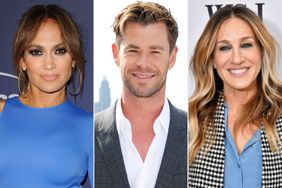 Celebrities Who Are Middle Children 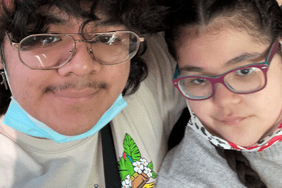 The Boss Kicks Up a Storm

Eye of the Storm

Eye of the Storm

Port in a Storm