“Sooooo this happened #Yessss,” the actress, 41, wrote on her Instagram to accompany a photo of her custom 8.5 carat cushion cut engagement ring by Jason of Beverly Hills on Saturday.

The couple have been dating since 2009, and there was apparently a recent hint at the engagement before it was announced: According to the Associated Press, the pair sent out Christmas cards together from the “Wade-Union Family.”

“Every year he kinda tops himself,” Union told PEOPLE in February of what the Miami Heat star does for Valentine’s Day.

It’s safe to say this year’s early Christmas present will best them all. 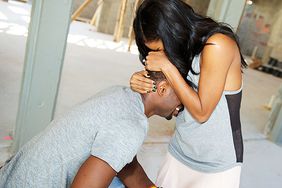