When Jim Nabors underwent a liver transplant five years ago, he was surprised his medical condition drew so much attention. “I got about 200,000 to 300,000 letters and prayers,” said Nabors, 69, best known as TV’s Gomer Pyle (1964-69). “The reality had never set in before that so many people cared what happened to me.” In part, that realization inspired “When He Spoke,” Nabors’s new two-CD compilation of Christian songs, featuring a mix of old gospel songs and contemporary Christian numbers, including a “Lion King version” of The Lord’s Prayer. It’s the first recording by the actor — who also has a rich singing voice — in 20 years. 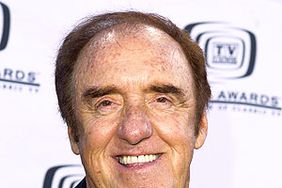