The team behind the recent cult hit Cruel Intentions and The O.C. musicals is bringing the critically acclaimed drama to the stage in 2016, but unlike the other two productions, the Friday Night Lights musical will feature all original songs. You know, because Coach Taylor’s speeches didn t make us cry hard enough before.

The production team hasn’t released very many details about the show, other than that it will open in L.A. sometime next year and will star Scott Porter – better known to FNL fans everywhere as Jason Street – as Coach Taylor.

Once we managed to dry our tears (they were happy ones, we swear!) we couldn’t help but think about all of the things that would help turn this wonderful, perfect show into an equally wonderful, equally perfect musical. If the producers happen to be reading this, well, you’re welcome:

Explosions In the Sky Is Played at Some Point
They might not have actually provided the music for the show’s titles (that composition is from W.G. Snuffy Walden), but play the first few notes of their most well-known song, "Your Hand in Mine", within 100 feet of any Friday Night Lights fan, and they’ll be sobbing before you know it. The band’s music plays such an important role in the show that it seems only right that they’re featured somewhere in the musical. Even if their songs are simply playing as the audience arrives, it will guarantee that everyone’s hearts are definitely full before the show even starts.

And yes, we do mean the whole time. Because as even someone who has never seen a single episode can tell you that Tim Riggins isn’t meant to wear shirts. He’s meant to be mind-meltingly hot and share the glory of his abs with the rest of the world. The show let us down on this front far too often, which gives the musical the chance to give fans what they really want.

A Crucifictorious Number
Considering Landry’s Christian speed metal band Crucifictorious was the only real musical element Friday Night Lights had, it seems fair that they get to take the stage at some point, just for old time’s sake.

The ‘Wind Sprints’ Scene, in Dramatic Slow Motion
There’s no way that a Friday Night Lights musical would leave out the show’s first major, emotional moment – Street getting paralyzed in the first episode – but we want to see the show’s second big tear-jerker scene, in which the heartbroken, grieving Dillon Panthers finally act like a real team for the first time since Street’s accident as Coach forces them to run sprints up a muddy hill in the rain. Nothing is more fitting for a dramatic stage show than dim lighting, soaring music and Smash calling out that classic mantra: Clear Eyes, Full Hearts, Can’t Lose. Cue the tears.

A Solo ‘Going to College’ Number for Tyra
Speaking of people who deserve show-stopping production numbers, time should also be given to Tyra, who overcame all odds in order to live her dream of escaping Dillon, Texas, and attend college so that she could actually manage to make something out of her life, culminating in the most emotional speech on the show not given by Coach Taylor. An inspiring character arc like that deserves a sassy, over-the-top eleven o’clock number that brings the audience to their feet – and puts a tear in their eyes.

Grandma Saracen (Preferably Played by Grandma Saracen Herself)
You can’t have Matt Saracen without also having the woman who helped make him the person he became: his wonderful, sweet, loving grandmother. Sure, we’d most like to see a line-for-line recreation of the time that Matt interrupted his first date with Julie to help Grandma Saracen through an episode by singing to her, but even if she just pops up occasionally to make fun of Landry, we’ll take it.

Luke and Becky’s Tentative ‘First’ Date
With all the swoon-worthy love stories on Friday Night Lights – Matt and Julie, Riggins and Lyla, Coach and Tami, Billy and Mindy – there’s a good chance the musical won’t be able to fit them all in. Still, we’re hoping to see Luke and Becky’s awkward, nervous, touching first date set to music that captures all of the nerves, hope and potential heartbreak of teenage love.

Smash’s Final Game
The show’s many, many football scenes are going to be difficult to stage, so if we only get one, our choice is the pickup game that the boys play the night before Smash finally, finally heads off to college. Sure, the other scenes might have been more dramatic and relevant to the plot, but that one best summed up what Friday Night Lights was all about: friendship, chasing your dreams, and the power of football.

Jason Street Recites a Motivational Speech to Jason Street
The only thing in the world that could make us cry harder than Coach Taylor telling Street “You did not let me down” as he lay in his hospital bed is seeing this Coach Taylor – Porter – reenact that scene with the person cast to play the Dillon Panthers’ golden boy. Actually, we’re getting a little choked up just thinking about it 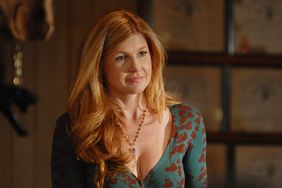 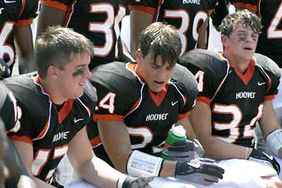 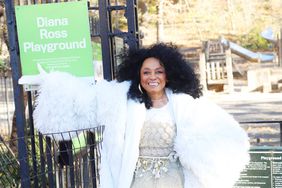