"It's hard to pull one over on me, but he definitely surprised me with the engagement!" Crisp tells PEOPLE

Fresh Off the Boat actress Chelsey Crisp and writer/producer Rhett Reese are ready to tie the knot!

Reese proposed to Crisp during a surprise vacation at Cal-A-Vie Health Spa in San Diego just after Christmas, the couple tells PEOPLE exclusively.

“It’s hard to pull one over on me, but he definitely surprised me with the engagement!” Crisp tells PEOPLE. “It was a beautiful and funny proposal – pretty much exactly what life has been like with him so far.”

Reese designed the ring with Sarah Leonard Jewelers, which features an emerald-cut diamond in a vintage-inspired setting.

Crisp and Reese began dating three years ago after meeting at a wrap party for Spike TV’s The Joe Schmo Show, on which she acted and he served as an executive producer.

Crisp is best known as fan-favorite character Honey on ABC’S Fresh Off the Boat and Reese wrote the Ryan Reynolds superhero movie Deadpool, which is set to be released Feb. 12. His writing credits also include G.I. Joe: Retaliation and Zombieland. 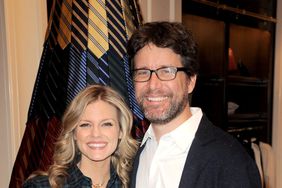