"We stay at home and watch Arrested Development," Isaiah Silva says of the couple's "homebody" relationship

Though the couple went public with their engagement in October, little is known about the relationship between the daughter of the late grunge god Kurt Cobain, Frances Bean, and her fiancé, Isaiah Silva, frontman of rock band the Rambles.

“We’re each other’s everything,” Silva, 26, tells PEOPLE about Cobain, 19, and himself. “We’re homebodies. We don’t go out to clubs so you won’t find us stumbling out of them with Lindsay Lohan. We stay at home, read books and watch Arrested Development.”

Adds band mate Mark Kuchel, “They’re quiet and shy. They’re a great couple. Frances comes to most of our shows that she can get into.”

One of the last was the band’s December set at the Viper Room, where Cobain and Silva were seen looking very loving and affectionate before and after the show.

“I love strong, opinionated, intelligent women,” says Silva, who spent the first 18 years of his life in the Fullerton Assembly of God group, a faction focused on strict Christian values and the second coming of Christ. “Women in the [group] were totally oppressed, but I am very pro-woman.”

Silva and his family severed ties with the group when he was 18. Despite Silva’s unconventional upbringing, he fought for his individuality when he gravitated toward punk music, learned to play the guitar with pals and “always had long hair and always dyed it.”

He’s since settled into a comfort zone within his eclectic rock jam band, which also touches on country and blues, and whose influences range from, “early Beatles, Brian Jonestown Massacre, Velvet Underground and punk like the Stooges,” says Silva. Adds Kuchel, “We try to maintain a rawness.

Also a teacher of special needs kids, Silva says, “I had to grow up much faster than I would have liked. I’ve been through a lot. But now, I’m totally happy.”

Catch the Rambles at SXSW in Texas in March and look out for their upcoming EP, recorded with producer Keith Stegall (Zac Brown Band). 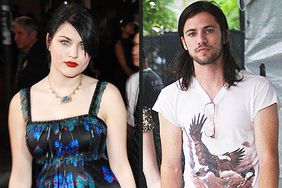 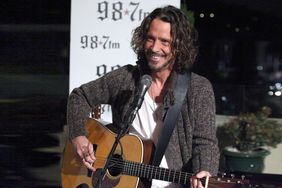