Five Things You Need to Know About Connor Franta

Connor Franta may not be a recording artist himself, but he sure knows how to pick a winning song when he hears one.

On Tuesday, Franta released his newest compilation album, Common Culture, which features some of the hottest new pop, alternative and electronic songs that he predicts will top charts in the near future.

Here are five things you need to know about Connor Franta:

1. Tuning in to rock out
At the young age of 22 years old, Wisconsin-born Franta is a hit-prediction wizard – and he sure knows how to get folks dancing around the world. “I simply choose music from artists I enjoy,” Franta tells PEOPLE of how he puts together his compilation albums. “If I can’t stop listening to their song, I immediately reach out, say I’m a huge fan and see if they want to be a part of the compilation.” To help further push his favorite musicians in the direction of stardom, Franta teamed up with Opus Label, a distribution and licensing company that focuses on celebrity compilation releases using social media.

2. Billboard Top 200, we shall (hopefully) meet again
In November 2014, Franta released his first album titled Crown, and the collection of songs quickly won him a spot on the Billboard Top 200. Odesza, Glass Animals, Grimes and Zella Day were just a few of the emerging indie artists that wound up climbing the charts. “Music is a huge part of my life and something I enjoy very much. I wanted to use my platform to share and promote the talented, undiscovered artists I listen to every day with a wider audience,” says Franta. The album landed him a spot on the top 12 in the iTunes pop music store.

3. From YouTube sensation to musical genius
Franta uploaded his first video in August 2010, and he now has more than 4.2 million subscribers and more than 198 million views, making his YouTube channel the 146th most subscribed in the world. While Franta is widely noted for his impeccable taste in music, his channel contains videos that touch on topics such as sex, relationships and his personal life. He came out as gay in a six-minute long video titled Coming Out, where he hoped to give advice to people struggling with their sexuality.

4. This band is going to blow your mind
Although his records seem to be a collection of his absolute favorite semi-underground songs, there are a few tracks from Common Culture that Franta can’t wait to introduce to the world. “I like LANY for their catchy vibe, [and] I can’t help but sing along and jam out when they come on,” he says. “I like The Erised for the harmony of their addictive beats mix and I like Allie X for her distinct style and incredible lyrics – they are pure art.”

5. Eyes on the prize
The stars are aligned for Franta’s successful future – and he is in the midst of building up an empire that will excel his career in the music industry. “I would love to continue working behind the scenes in music – to produce and manage up-and-coming musical talent would be a dream!” Franta says. 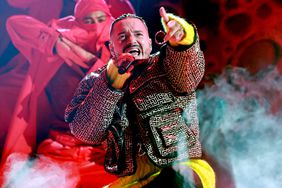