Harry Potter and the Deathly Hallows, due July 21, features a teen wizard against an orange-and-gold sky

Though it won’t hit stores until July 21, the cover of Harry Potter’s swansong surfaced on Wednesday.

“The structures around Harry show evident destruction and in the shadows behind him, we see outlines of other people,” David Saylor, art director for the publisher Scholastic, said in a statement, the Associated Press reports.

“For the first time, the cover is a wraparound. On the back cover, spidery hands are outstretched toward Harry. Only when the book is opened does one see a powerful image of He-Who-Must-Not-Be-Named, his glowing red eyes peering out from his hood,” adds Saylor.

Rowling’s series has sold more than 325 million copies worldwide, and the first printing of Deathly Hallows will be 12 million in the U.S. alone.

The cover for the children’s edition from the UK’s Bloomsbury Publishing PLC features a more mature Harry and his pals at Hogwarts: Hermione and Ron. The adult edition offers a photo of a locket bearing a serpentine “S” – believed to be the “horcrux” in which the evil Lord Voldemort keeps a fragment of his soul.

Last week, Warner Bros. confirmed that the original cast – Daniel Radcliffe, Rupert Grint and Emma Watson – will return to complete all the movies in the series. The fifth film, Harry Potter and the Order of the Phoenix, will open July 13. 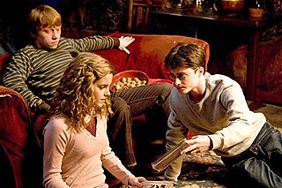 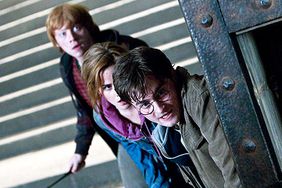 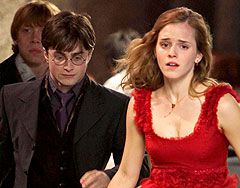 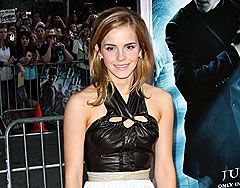