Mixed reviews: Was the star back on top of his game – or pushing himself to the edge?

It should have been the opportunity of a lifetime for a Michael Jackson fan: a behind-the-scenes invitation to a rehearsal for the superstar’s upcoming concert tour in the United Kingdom.

But when the fan got to the stage, she was horrified. “He is a skeleton,” she wrote Monday in an email to other Jackson fans. Worse, she said, was seeing her idol surrounded by people she deemed too frightened to say anything. “I have to say: He may die.”

Three days later, Jackson, 50, collapsed in his rented Holmby Hills mansion – with his personal physician on the premises. His heart stopped; he wasn’t breathing. An ambulance raced him to a hospital just minutes away from his house, but despite another hour of frantic resuscitation efforts, the world had lost one of the most successful artists in music history. The Los Angeles County Coroner will conduct an autopsy, with some results expected as early as Friday, although the findings of other possible tests could take longer.

Some in the entertainment world are utterly shocked at the sudden demise of seasoned entertainer who was, by all accounts, focused on one thing alone: getting ready for a series of 10 comeback shows at London’s 02 Arena set to launch next month. Jackson rehearsed at the Staples Center on June 24 in Los Angeles, the day before with “great energy,” Grammy executive producer Ken Ehrlich tells PEOPLE. “He wasn’t giving it full out. But vocally he had started to really project. I thought he was in great form,” who was at the rehearsal.

Jackson had even signed on The Incredible Hulk‘s Lou Ferrigno as his personal trainer, although the two hadn’t worked out together in two weeks.

Yet while many in the entertainment world expressed sadness and shock, a different, more unsettling reaction came from several people close to Jackson and his family, who describe Jackson as unavoidably thin and fragile.

Filmmaker Bryan Michael Stoller, who visited Jackson in April, was shocked by his weight loss. “I hugged him and it was like hugging bones,” he tells PEOPLE. “After seeing him, I never thought he would complete the tour.”

Says Dr. Firpo Carr, a friend and confidante of Jackson’s, “I sensed something was wrong and, quite honestly, I wasn’t terribly surprised when I got the news. I would get word from people in his camp that things weren’t quite right.”

A source close to the singer who didn’t want to be identified adds: “Michael hasn’t been feeling well. All last week he’d stopped coming out of his house to see his fans. He was doing that every day.”

As part of his preparations for the high-stakes UK concert tour, Jackson had been training – hard. He has put in 10-hour rehearsals, a witness says, for the sort of stage spectacle fans had come to expect. Promoters insisted the 50-year-old entertainer was physically ready for the rigors of a full tour. But there was concern among some in his inner circle that Jackson might push too hard: “They didn’t want him to overtax himself,” family friend Kevin McLin tells PEOPLE. “You look back in history, he never completed all the dates of his shows because he gave so much in each performance – he would go non-stop for two hours.”

And on Thursday, even before UCLA doctors declared Jackson dead, family attorney Brian Oxman, who huddled with the grieving family at the hospital, raised the specter of possible abuse of drugs prescribed for the singer’s long history of physical ailments. “If you think that the case of Anna Nicole Smith was an abuse, it is nothing in comparison to what we have seen in Michael Jackson’s life,” Oxman told CNN.

According to the fan at Jackson’s rehearsal who tried to raise the alarm among those who adored him, the combination of risk factors seemed dangerously close to claiming its victim.

“We all love Michael really much. We all want to see his shows. We all think about how we will be [in the] first row,” the fan wrote earlier in the week. “How will you do all of these things if during the third concert he faints on stage, and if his heart stops during his way to the hospital? How will you feel when you will talk with other fans and will say: We knew he was too skinny to perform?” 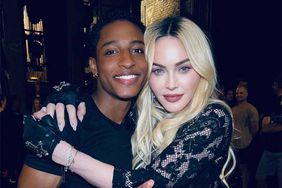 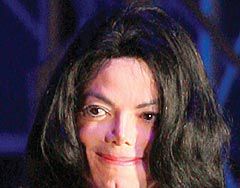 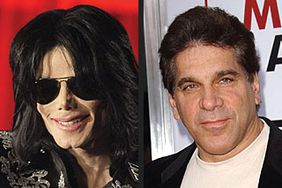 Michael Jackson's Plea to Doctor: 'Please, Please' Give Me Propofol 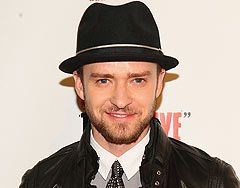 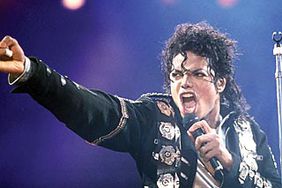