A New York talent scout who claims to be the former manager of Christina Aguilera has filed a $7 million lawsuit against the teen pop singer’s mother, Shelly Kearns, and others, alleging breach of contract and accusing them of cheating her out of her share of the star’s fortune. Legal papers filed by Ruth Inniss in Manhattan Supreme Court on Wednesday stated that she is owed at least $2 million from the singer’s earnings from her self-titled debut album. Inniss claims that she first recognized Aguilera’s potential and approached Kearns in 1993, when the singer, now 19, was a Mouseketeer on TV’s “Mickey Mouse Club.” Inniss says Kearns agreed to let Inniss manage the youngster’s career. Also named in the suit are entertainment lawyer Normand Kurtz and his son Steven, Aguilera’s current managers. The elder Kurtz did not return phone calls to the Associated Press. 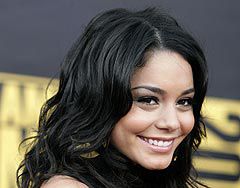