Hughes called the film "my love letter to Chicago"

John Hughes‘ iconic Ferris Bueller’s Day Off turns 30 Saturday. The film, which has become a beloved totem of teenage rebellion and a wonderful 1980s time capsule, is also an ode to Chicago – a teenage Hughes moved around the city’s suburbs with his family.

To celebrate, here are 21 things you (probably) never knew about the film.

1. Ferris’ parents got married in real life
Lyman Ward, who played Ferris’ father, was married to his onscreen wife Cindy Pickett, from 1986 to 1992. They met on the set of the film and eventually had two children.

2. Hughes pitched the film with one sentence

“I called Ned Tanen [then-head of Paramount films] and said, ‘I want to do this movie about a kid who takes a day off from school and that’s all I know so far.’ Ned knows me and so he said, ‘Aw, go ahead.’ So I went ahead.”

5. Charlie Sheen stayed up for 48 hours for his role

Sheen wasn’t actually on any drugs for filming, he simply spent a marathon 48 hours awake to achieve the requisite strung-out look.

6. The film takes place in the same universe as Hughes’ other films
Or at least in the same high school; the fictional “Shermer High.” Scenes from The Breakfast Club show the school’s name, a poster in the Ferris school reads “Go Shermer” and the same high school, Maine North High School in Des Plaines, Illinois, was used for shooting both films’ interiors. However, the exterior shots are of Glenbrook North High School – located on Shermer Road – in Northbrook, Illinois.

7 and is littered with references to his filmography as well
Various license plates in the film read “MMOM,” (for Mr. Mom), “VCTN,” (for National Lampoon’s Vacation) and “4FBDO,” (for For Ferris Bueller’s Day Off). Ferris’ room also features a Simple Minds poster, the band whose hit “Don’t You Forget About Me” was so memorably featured in The Breakfast Club.

8. The film’s dance routine shares some steps with Michael Jackson’s ‘Thriller’
Though Ferris choreographer, Kenny Ortega, didn’t choreograph Jackson’s “Thriller” (you’re thinking of Michael Peters) he had a long professional relationship with Jackson that included the singer’s film This Is It. (And he choreographed Dirty Dancing.)

9. The Buellers originally had more than two kids

Hughes’ screenplay originally called for four children. You can still see evidence of the other kids in the film, like in the children’s drawings on the Bueller’s fridge and in the photo behind Ferris’ dad in his office.

10. Bueller and his sister were engaged in real life

That would be Matthew Broderick and Jennifer Grey, though they split after a car accident in Ireland that killed two others.

Thanks to some investigative work by Larry Granillo, we now know that that the Cubs/Braves game Ferris and company attend in the film took place June 5, 1985. (The Braves won, 4-2.) Although, to complicate matters, the game was actually shot on September 24, 1985, during a matchup against the Expos.

12. That was a fake Ferrari

Well, three fake Ferraris. A real Ferrari California Spyder would have cost $300,000. Hughes had three replicas designed for $25,000 each.

13. The Buellers’ home is actually in Long Beach, California

Where “the biggest eucalyptus tree in all of Long Beach” had to be disguised as a pine tree for filming, according to Matthew Balkman, who was living in the house with his parents Jim and Sonya at the time.

The key Mr. Rooney uses to enter the home was the family’s actual house key. The filmmakers, for whatever reason, did not return it, Balkman recalled.

15 and the filmmakers had to shell out an extra grand when they were done
because they unplugged the house’s fridge so its hum wouldn’t be picked up during filming and subsequently forgot to plug it back in, causing all the Balkmans’ food to spoil.

16. A member of Sonic Youth is in the film

That would be Richard Edson, the legendary grunge indie/grunge band’s original drummer (from 1981-1982), who went on become a character actor in his own right, notching about 85 film and television appearances, including Do the Right Thing.

There’s a reason Cameron isn’t wearing a Chicago Blackhawks jersey. Though Hughes once said, “Chicago is what I am,” and called Ferris to be “my love letter to the city,” he was born in Lansing, Michigan, and clad Cameron in a Gordie Howe jersey to reflect that part of his heritage. Howe sent them the jersey himself, telling Sports Illustrated in 2009 that, “It was nice seeing the No. 9 on the big screen.”

18. The film has a lot of references to Germany

besides the repeated use of “Danke Schoen,” anyway. The parade sequence was filmed with 10,000 extras, all Chicago residents. Hughes was able to wrangle them because he was filming around the time of the city’ annual General Von Steuben German-American Appreciation Day Parade. “There are a lot of German references in the picture,” he told AMC, “because a lot of the original citizens of Chicago were Germans. There are a lot of German street names – ‘Bueller’ was a German name.”

19. And the museum scene is a guided tour of Hughes’ favorite art

“When I was in high school, the Chicago Art Institute was a place of refuge for me,” the director explained to AMC. “I went there quite a bit. I loved it. I knew all the paintings. I knew the building. And Ferris was a chance for me to go back into this building and show the paintings that were my favorites.”

You can see leaves yellowing in the scene’s at Cameron’s house. The crew had to hand-paint leaves green in other scenes because the movie was filmed in September but takes place in the spring.

21. The museum scene went through three different songs
Initially, David Anderle, music supervisor for The Breakfast Club and Pretty in Pink, was Ferris‘ original music supervisor. He sent the museum scene to Robert Smith of the Cure, who wrote a “beautiful” instrumental for it. A falling-out between Anderle and Hughes led to the removal of Smith’s piece and the subbing-in of “a classical guitar solo played on acoustic guitar,” according to editor Paul Hirsch. After the scene tested poorly with that music, the film’s new music supervisor, Tarquin Gotch, subbed in an instrumental version of The Smiths’ “Please, Please, Please Let Me Get What I Want” performed by his band the Dream Academy, and that’s what made the final cut. 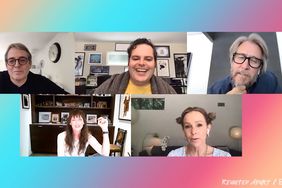 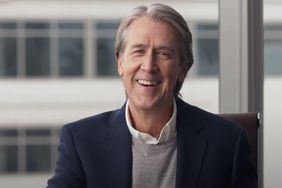 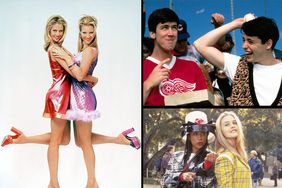 Happy International Friendship Day – These Amazing Film Friendship Will Make You Grab Your BFF And Say, 'I Love You!' 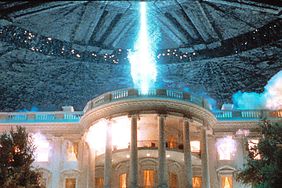 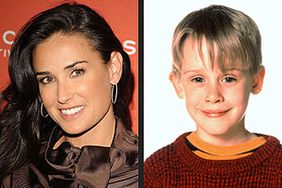