She and her beau dance for each other "in some very interesting outfits," she says

Fergie and Josh Duhamel have already revealed they keep their romance hot with karaoke and fishing trips – and now you can add sexy dancing to that list.

“He just dances for me in private, in some very interesting outfits,” the singer, 32, tells Playboy in its May issue. “He bought me these amazing boots at the Hustler store. They’re thigh-high patent leather with a big long zipper. They’re hard to get on, but it’s worth it.”

Does Fergie (real name: Stacy Ferguson) make Duhamel, 34, dance to her own music? “Make him? He wants to. He likes dancing. I slow dance with him, but I have to stand on his feet because I’m too short. He’s 6’3″ and I’m 5’4″. Luckily I took ballet, so I know how to stand en pointe.”

The couple have been dating since 2004, though they first met in Duhamel’s subconscious. “I had read in a magazine that he had a naughty dream about me,” Fergie says. “All my friends knew about him because he had been a soap-opera star. I’m not into soap operas, but they told me, ‘You gotta go out with him. Do it for the group. Take one for the team.’

“Time went by, and I saw on the schedule that we were taping a show called Las Vegas, and I thought, Is this the show he’s on? We met, and I said, ‘I read you had a dream about me.’ He said yeah, and I asked, ‘Was it good?’ He said it was. So we hit it off.”

The former Black Eyed Peas singer also hit it off with audiences on her first solo effort, last year’s The Duchess. “Next time I might do a reggae or hip-hop album,” she says. “But for this album I wanted to get really personal with the audience.”

Speaking of which, what about that 2005 photo from a San Diego concert in which it looks like she wet her pants onstage?

“Embarrassment,” she says. “Everyone told me not to talk about it, but I wanted to call people and tell them what had happened. I was advised not to, and I didn’t for a while. Now I’m just honest about it. It’s embarrassing, but you just have to let it go at some point.” 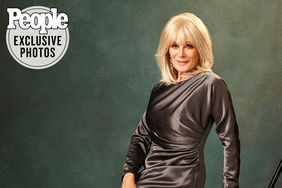 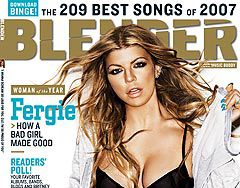 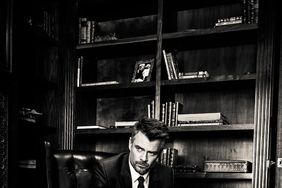 Josh Duhamel Reveals the Secret to Happiness with Fergie: 'We Genuinely Like Each Other'