The hospitalized actress, who is battling cancer, is expected to go home in a few days, her rep tells PEOPLE

Farrah Fawcett’s physician and a producer who works with her have released statements about her condition, following the news that the actress, 62, has been hospitalized in Los Angeles since Thursday. Her current treatment is the latest setback in her long battle with cancer, first diagnosed in 2006.

“On Farrah Fawcett’s behalf, I can confirm that she recently checked into a Los Angeles hospital,” the producer, Craig Nevius, says in a statement released to PEOPLE. “And although it is usually against her nature to correct false or exaggerated stories that originate in tabloid-style reports by offering true information that they would not otherwise have to publish, Farrah is allowing this statement out of appreciation for her fans, who have offered their constant support throughout her fight, as well as out of concern for the countless other cancer patients who have written her over the last two-and-a-half years in order to tell her that they are following her story in the hope that there is hope.”

Speaking early Monday morning, he also said, “Tonight, Farrah has hope, and she hopes that others will continue to hold onto theirs.”

Fawcett’s physician, Lawrence Piro, M.D., who regularly consults with her doctors in Germany (where she sought treatment), issued this statement: “There have been some photographs that have been widely published of Farrah Fawcett in a wheelchair. The reason she was in that wheelchair is because she had a small procedure while in Germany and left for the airport soon after. She could have stayed in Germany to recuperate for a day or two but she was really very anxious to come home.”

As a result, he said, “she took a nine-hour flight right after that procedure. It turned out that the procedure caused a small amount of bleeding in one of the muscles of her abdomen, making a hematoma, which was quite painful. Actually, it was painful for her to walk, which is why she was in that wheelchair. And that pain, which was coming from the hematoma, had nothing directly to do with the cancer.”

Piro emphasized, “She’s able to walk. And she remains in good spirits with her usual sense of humor. She’s been in great shape her whole life and has an incredible resolve and an incredible resilience.”

Nevius tells PEOPLE Fawcett is expected to return home in a few days.

The iconic Charlie’s Angels actress has undergone chemotherapy and aggressive alternative treatments. She saw her cancer go into remission, only to return in May 2007.

Fawcett’s friend, Alana Stewart, has been spending time at the hospital and was with Fawcett on Sunday night. She told PEOPLE, “Farrah’s spirits are amazing. She has been amazing through this whole ordeal.” 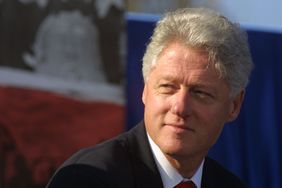 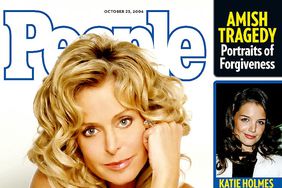 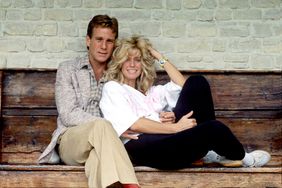