One of Michael Skakel’s former classmates, Gregory Coleman, testified in a Connecticut courtroom yesterday that the Kennedy nephew charged with killing neighbor Martha Moxley 25 years ago bragged, “I’m gonna get away with murder — I’m a Kennedy.” (Skakel is the nephew of Ethel Kennedy, Robert Kennedy’s widow.) Coleman was one of two witnesses who took the stand with damaging testimony against Skakel, 39, who is charged with bludgeoning Moxley to death when they were both 15 years old. The hearing is to decide whether Skakel will be tried as an adult or a juvenile. Coleman also said that Skakel confessed the crime to him. As his former classmate spoke, Skakel reportedly had tears running down his eyes. His attorney, Michael Sherman, told reporters afterward, “He’s just very upset about hearing this moron get up there and lie.” The hearing will continue today. 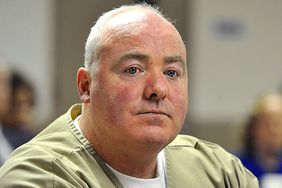