In an interview with the U.K. talk show GMTV, the actress – currently starring in the supernatural romantic comedy Over Her Dead Body – confessed her own fascination with the paranormal world.

“I’ve had my cards read, and I’ve had my palm read, and I’ve had a psychic tell me things,” the Desperate Housewives, 32, star said. But the most shocking encounter involved a complete stranger. “A woman came up to me on the streets who I didn’t know, and said, ‘Your aunt’s spirit won’t leave me alone until I come to tell you that she’s here.'”

It’s a pretty good line – one Longoria said she might use to land a leading role alongside a certain Hollywood hunk.

“I’d be like, ‘George Clooney! So this person is talking to me, I have this spirit [with me],'” she joked. “‘We have to talk. We have to do this movie together!'”

When pressed on the subject of children by host Ben Shephard, the actress – who has denied recent pregnancy reports – admitted that she and new husband Tony Parker would love a large brood: “We both come from big families so we both want a lot of kids.” 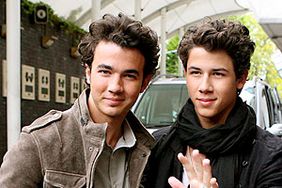 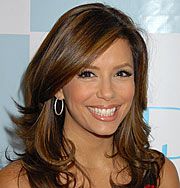 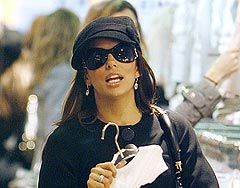 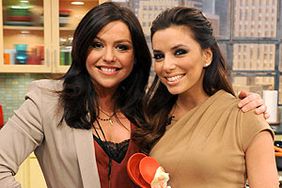 Eva Longoria Wants to Be a Mom 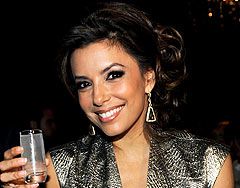