The actress, whose divorce was finalized last week, says she prays for strength

Eva Longoria‘s divorce from her husband of three years, Tony Parker, was only finalized last week, but as the actress is making clear, she’s ready to move on.

“Starting over is hard to do,” the Desperate Housewives star, 35, Tweeted, “but life goes on. I pray for strength, courage and wisdom on my new journey.”

That journey appears to have already begun. Longoria has recently been spotted getting cozy with musician Eduardo Cruz, brother of Penélope Cruz.

As for Parker, a source tells PEOPLE he bares no ill will towards his ex. Says a friend: “Tony is focused on basketball and his family.”
– Charlotte Triggs 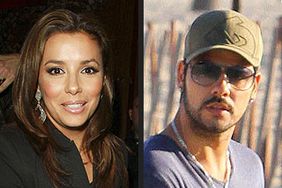