One of the great mysteries of rock is no more. The long-secret identity of the biological father of lesbian singer Melissa Etheridge’s two children with partner Julie Cypher has been revealed. Rumors have ranged from Tom Hanks to Bruce Springsteen and Brad Pitt, but he is, in fact, veteran rock star David Crosby, 58 (despite Crosby’s ongoing drug and health problems). “He’s musical, which means a lot to me, and I admire his work,” Etheridge, 38, tells Rolling Stone magazine in its upcoming issue. The children, 3-year-old daughter Bailey and 1-year-old son Beckett, were borne by Cypher, a 35-year-old filmmaker who was fertilized via artificial insemination. (Cypher was once married to actor Lou Diamond Phillips.) For his part, Crosby — who has four other children, aged 35 to 4 — was happy to lend a hand and did so at the suggestion of his wife, Jan. “Maybe it’s a good thing for a lot of straight families to see that this is not something strange,” he said. 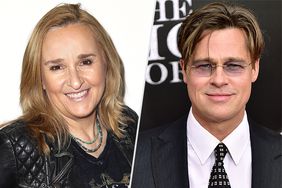 The Boss Is Back