And Jim Carrey thought he had his problems donning his cumbersome green get-up for “Dr. Seuss’s How the Grinch Stole Christmas.” Like Carrey, who endured a daily three hours of discomfort to look his part as Dr. Seuss’s lovable villain, former “Spin City” star Jennifer Esposito, 27, underwent similar torture for her role as the bloodsucker Solina in Wes Craven’s upcoming “Dracula 2000,” the latest take on the Bram Stoker vampire tale. For one eye-opening scene in the flick, which opens Friday, Esposito had to have made an entire cast of her head and shoulders, the actress told PEOPLE. “They put plaster of Paris on you to make the mold,” she explained. “They stick straws in your nose so you can breathe. You can’t see . . . You can’t do anything. It’s horrifying! Horrifying!” But at least she must know how Solina’s victims felt.

Poppy Montgomery's Blog: A Mother's Hunt for the Perfect Christmas

A Courage Beyond Understanding 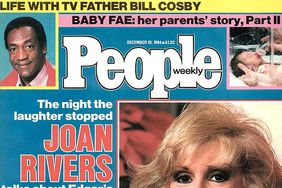