When President Barack Obama makes history as the first sitting U.S. president in 90 years to visit Cuba next week, the first family will be by his side.

Michelle Obama, the couple’s daughters Malia, 17, and Sasha, 14, and the First Lady’s mother Marian Robinson will all travel to Cuba and Argentina with the president from Monday through Thursday, the White House revealed during a press call.

After touching down in Havana on Monday, the Obamas will visit a variety of historical sites with an emphasis on cultural outreach. One of the tour stops will be to the Havana Cathedral, where they’ll meet with Cardinal Ortega.

“And so that will also provide the opportunity to mark the important role of the Catholic Church in the lives of the Cuban people, and in the increasing relations between our two countries,” the White House said.

Michelle will meet with high school-age female Cubans as part of her Let Girls Learn initiative, asking questions about life in Cuba provided by U.S. students through Discovery Education.

The First Lady will also represent the initiative in Argentina, where the family will meet with the country’s new president, Mauricio Macri, in Buenos Aires.

VIDEO: Is Obama Ready for His Daughter to Go Away to College?

It was over a year ago that the President announced plans to normalize relations with the island nation. The visit is meant to further demonstrate the White House’s commitment to improving Cuba and America’s relationship.

“We still have differences with the Cuban government that I will raise directly. America will always stand for human rights around the world,” the 54-year-old wrote on Twitter in February. “Next month, I’ll travel to Cuba to advance our progress and efforts that can improve the lives of the Cuban people.” 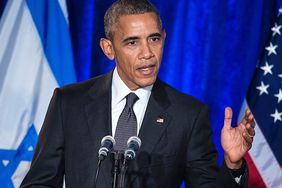 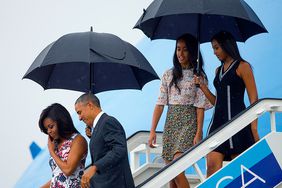 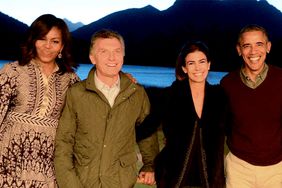 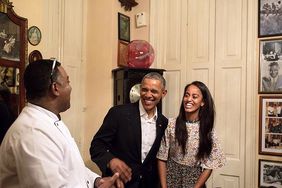 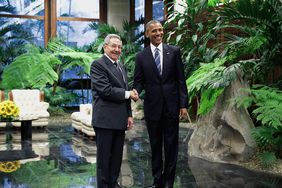 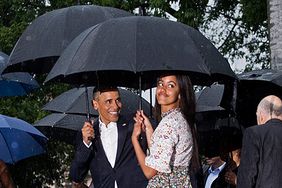 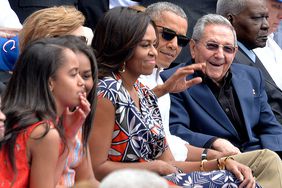 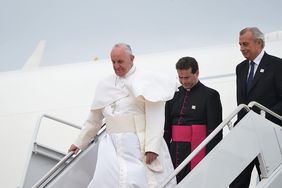