Look Who's Talking: We Imagine What Stars Are Saying to Each Other Inside the Emmys

"I haven't been able to feel my feet since I left my house, and my dress is still soaked through from the red carpet," Alexander whispers to McBrayer through gritted teeth as they face yet another photographer. "But just a few more pictures and we can spend the rest of the night at the open bar." McBrayer sighs, "I think my face is stuck like this now. I don't remember a time when I wasn't smiling."

"I demand a recount!" Spacey declares to Wright, his Southern accent making an appearance. "I just don't understand how they could snub Parks and Recreation when it's their final season!" "You're just upset that you're losing the cast Emmys pool," Wright counters. "Make sure you clean your trailer out before I move in."

"But the bit when he starts singing 'Peeno Noir' inside the abandoned warehouse …" Curtis recounts about her favorite scene from Unbreakable Kimmy Schmidt, before Hendricks interrupts her with a laugh. "And then the bats fly out at him! That bit killed me!" Meanwhile, Hendricks' husband, Arend, just sighs. "She promised she would wait to watch it with me …"

"I'm just so happy for you, man. You totally deserved it," Schreiber says, wrapping Tambor in a bear hug. "If I hug him tight enough, some of his good luck is bound to rub off on me," he murmurs quietly, holding tightly onto his own acceptance speech.

"I can't believe how well it's going!" Samberg says to the crew during a quiet moment backstage. "And you guys were worried that nobody would think I was funny without a box hanging from my crotch! That'll teach the world to pigeon-hole my comedy!"

"I'm so proud of Andy tonight," Meyers tells his former SNL co-star Bayer. "He's doing such a great job, I think his jokes are really killing it." "I'm kind of disappointed," replies Bayer with a shrug. "I really thought Justin Timberlake was going to be here. That's the only reason I showed up."

"I heard that you brought snacks with you," Hoffmann says, staring up at Gyllenhaal adoringly. Her stomach rumbles. "Please tell me you have snacks!" "Do you want candy, granola bars or a ham sandwich?" Gyllenhaal laughingly replies, having learned long ago never to leave the house unprepared.

"I didn't know that you could waltz to the Coca-Cola jingle," Gyllenhaal says, as Spacey whirls her around the aisles. "My dear, I can waltz to anything," he responds smoothly. "Julia Louis-Dreyfus and I did a tango to the opening number."

"And then, the Game of Thrones guys were like 'Amy, you have to come by and do a guest part on the show! We'll make sure you end up on the Iron Throne,' " Schumer tells her friend as they arrive at their seats. "Oh! And Jon Hamm stopped me on the carpet to ask if he could be in a sketch next year, and Mel Brooks was telling me he's seen 'Milk Milk Lemonade' like, 80 times."

The Most Hilarious and Heartwarming Quotes from the Emmy Awards 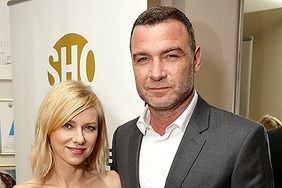