One of the perks of being one to watch on the Emmys red carpet? Marc Jacobs sends you a piece that just walked the runway on Thursday (and then you get to add Harry Winston diamonds and Casadei heels to it). "It has a lot of holes in it because it's mesh, and it's working. I'm feeling the breeze in all the right places," she said.

She brings the style heat on Empire, and the lead actress nominee's Emmys appearance (in a flowing black custom Alexander Wang lace gown with a cutout, plus Neil Lane diamonds) is no different.But she didn't get into character as Cookie when Ryan Seacrest teed up a sexy joke about her chain straps.

The bride-to-be has us hearing wedding bells in her champagne-hued, reverse-scoop-necked strapless gown and Lorraine Schwartz diamonds. "This is St. John. I've never worn a dress by them, but it's very elegant!" she said. (And for those hoping for a different silhouette this time around, tough luck!)

The traditionally out-there star goes surprisingly understated in a one-shoulder black gown, sleek bob and Lorraine Schwartz diamonds – though she gives her look a couture twist with a structured hip embellishment.

Memorable in magenta! The star cuts a striking silhouette in her bright pink Oscar de la Renta gown with black trim and tons of Beladora diamonds (she chose seven bracelets for her seven Emmy nominations, according to the jewelry brand!).

Who would have predicted that chain straps would be a "thing" on the carpet? But for someone who plays badass Carrie Mathison from Homeland, no trend is too challenging. "It's a little rockstar-esque! It's fun, it's Prada!" she said (and the jewelry is Cartier).

Fresh off her front row stint at Naeem Khan, the Mad Men star wears the designer's striking, allover-embellished column and a Charlotte Olympia clutch (and if she's baking in the hot L.A. sun, she certainly doesn't show it).

Her stylist promised us some "old-school Hollywood glamour," and she delivered: the Modern Family teen looks sophisticated in a strapless red Romona Keveza gown with an asymmetrical neckline, plus a Kotur clutch, Anne Sisteron Jewelry earrings and Marli bracelets.

The Modern Family star's burgundy Zac Posen gown (worn with Lorraine Schwartz and Ofira jewels) has an unusual inverted neckline that drapes over her shoulder and open back.

Who knew a minimalist look could be so intriguing? The strategically-placed black piping on this KaufmanFranco gown helped show off the House of Cards star's figure in the most elegant and sleek way possible.

Navy and black is officially in, and if anyone doubts you, just show them this stunning off-the-shoulder Prabal Gurung gown on the American Horror Story star, worn with a Rauwolf clutch.

A black Michael Kors Collection gown is anything but boring when it's got gorgeous, rich texture, an abs-baring cutout, and is worn with a gold-trimmed Salvatore Ferragamo clutch and the perfect red lip.

Shedding her Parks and Recreation hipster duds for some '70s glam, the star plays up her high-slit sparkling Alexandre Vauthier wrap number with an asymmetric bob and high heels.

Who needs jewelry when your striped Miu Miu gown comes with a sparkling halter neck (which makes the back view equally dramatic?). Red lips and accessories are the only finishing touches you need.

She started the night in elegant cutout Michael Kors Collection with Neil Lane jewels, and ended up in a hoodie and shades by the time her category was called.

The Unbreakable Kimmy Schmidt star takes a risk – and it pays off! – in her first-ever custom gown, a beaded Naeem Khan column with an Art Deco feel, plus a Swarovski clutch.

Don't recognize her without her long Cersei Lannister locks? We still think she looks awfully regal in her plunging Zuhair Murad gown and Harry Kotlar jewels. 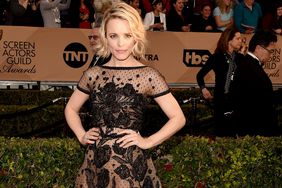 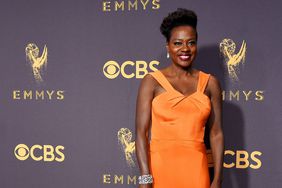 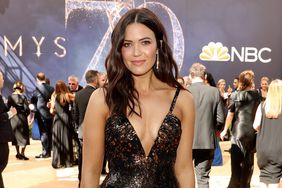 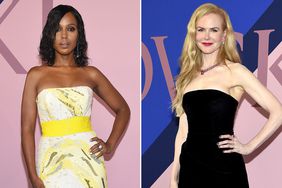 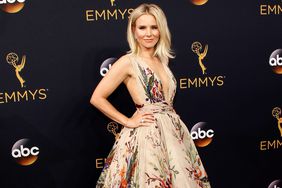 The Most Gorgeous Emmys Gowns of the Night! 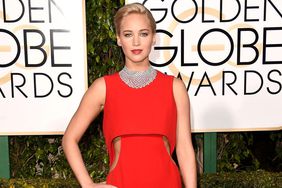 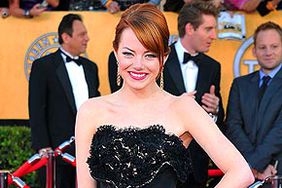 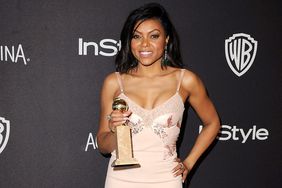 Golden Globes 2016: All the Dresses You Didn't See on the Red Carpet 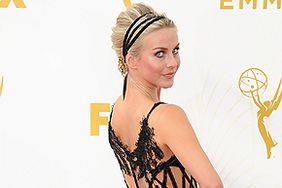