Emma Watson Opens Up About Her 'Expensive' Subscription to a Website Aimed at Female Pleasure: 'It's Worth It'

Emma Watson is still trying to unlock the hidden mysteries of the universe.

The Harry Potter star is no longer concerned with the rows of dusty spell books hidden in the Hogwarts school library. However, the 25-year-old Brown graduate, who recently announced she’s taking a yearlong break from acting to focus on feminism, has been delving into the world of sexual research via the site OMGYES.com

Speaking to feminist icon Gloria Steinem on stage at the How to: Academy talk in London on Wednesday, Watson admitted that the site had been recommended to her by a friend.

“It’s based on research, which is a complete study on female sexuality, Watson told Steinem.

“It’s a pretty cool website,” she continued as the crowd giggled. “I wish it had been around longer.”

She added: “Definitely check it out. It’s an expensive subscription – but it’s worth it.”

https://www.instagram.com/p/BCOK3SNgDSf/
Describing itself as “lifting the veil on women’s sexual pleasure,” OMGYES is dedicated to exploring the different ways that women find pleasure in an honest and open forum drawn from the collective experience of over 2,000 women aged between 18 and 95.

This advice is then spread via a series of videos and touchscreen apps so that both women and their partners can hone their techniques. A video on OMGYES, which charges $29 for a subscription, describes this simply as a means to “explore the ways to make a great thing even better.”

Given the nature of the OMGYES research, you would think that Watson might have moved further from Hermione Granger than ever. Yet it’s actually the opposite.

Watson, who is currently dating 35-year-old business manager William ‘Mack’ Knight, has now finally accepted that she really was the same as Hermione all along – a process of acceptance that has taken the Brown University graduate a number of years.

“I feel as though I spent a long time trying to pretend I was not like Hermione. And, of course, I was rather like Hermione,” she reportedly said.

The star also opened up about feeling less confident about her appearance when she was younger.

“I used to hate that I had strong eyebrows, she told Steinem. “As a 9-year-old, I desperately wanted to pluck them and make them two thin lines. You come to embrace these things. My mother desperately tried to tell me that they gave my face character.”

But as she grew older, she grew to accept herself, eyebrows and all.

“It was such a delicate time – I was 10 or 11 when the first movie came out – I was trying to figure out what my own identity was, but I didn’t really have one yet,” she recently told Paper magazine.

“At first I was really trying to say, ‘I’m not like Hermione. I’m into fashion and I’m much cooler than she is,’ and then I came to a place of acceptance.” 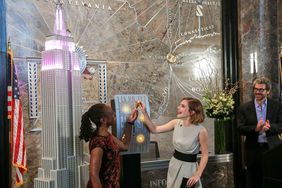 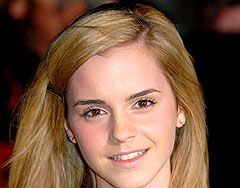 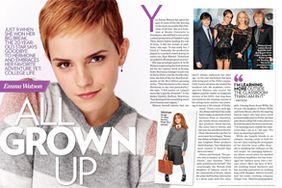 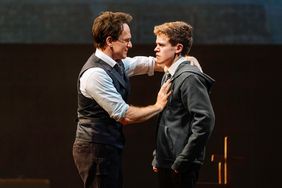 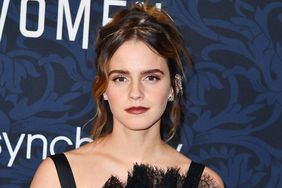