Emma Roberts Looks to Break Out of Julia's Shadow

She's also "looking to musicians" for her latest crush, but Nick Jonas need not apply!

After starring in 2007’s Nancy Drew and 2009’s Hotel for Dogs, Emma Roberts is ready to prove that there’s more to her than kid flicks and her famous aunt.

“Some people look at me and think, ‘She’s just Julia Roberts‘s niece,’ ” the 18-year-old starlet told Teen Vogue‘s April issue. “So I wanted to do something smaller and edgier, something that would show I really am an actress.”

That something is a starring role in the indie drama Lymelife, a 2009 Sundance Film Festival official selection costarring 30 Rock‘s Alec Baldwin and Sex and the City‘s Cynthia Nixon. Roberts also shipped off to London to shoot the edgy flick Wild Child – but not without a price.

“I couldn’t take [my driver’s test] until I got back,” she lamented.

Though she failed her driver’s test, ambitious Roberts shows no signs of stopping as she works her way down her personal checklist of teen rites of passage.

“I remember being twelve and thinking, I can’t wait until I’m sixteen, because then I’m going to have a car, a driver’s license, a really cool boyfriend, and boobs.” Seems the boyfriend is where Roberts has now shifted her focus, telling the mag, “I’m looking to musicians.”

But not just any will do for the determined Roberts. “I used to have a crush on Nick [Jonas], but he’s kind of making his rounds in Hollywood, and I don’t know if I like that.”

In addition to movie star and maturing teen, Roberts recently added Neutrogena spokesperson to her list of titles. College student could soon follow, as the star is looking to attend a New York school in the fall. 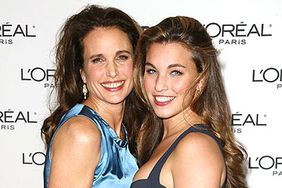