Police in Glasgow, Scotland, on Saturday were forced to halt an Eminem concert for half an hour after 45 people were injured when the audience surged forward as the controversial rap star came on stage. There were no serious injuries, reports the Associated Press, but police said eleven people had to be taken to local hospitals for treatment. The others were treated at first aid tents set up around the outdoor Gig on the Green concert site. Police asked Eminem, 31, to remain backstage until the injured parties were removed from the 30,000-strong crowd. “Eminem and his band did all they could to help the situation and we are grateful for his support,” said a spokesman for Strathclyde police. Coincidentally, it was revealed that the Detroit rapper’s great-great-great-grandmother was Scottish. Betty Kresin, Eminem’s grandma who lives in a Missouri trailer park, exposed the chain-saw wielding musician’s ancestral link to his venue in Edinburgh’s Daily Record newspaper shortly before the weekend concert. The forebears of Marshall Bruce Mathers III (Eminem’s real name) left Scotland for America in 1870, first landing in New York before settling in Kentucky two years later, explained Kresin. “I’m so pleased that my grandson is playing in Scotland,” she said, “as that’s where his family is from. I took great pains to let him know of his ancestry when he was younger. He should be proud of his Scottish ancestry.” 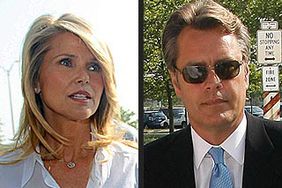 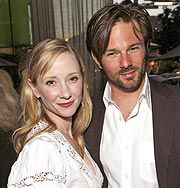