Eminem Bounces Back from 20-Pill-a-Day Addiction

His dangerous (but kicked) habit included Vicodin, Ambien, Valium, and nearly resulted in his death, he says

In a candid new interview, rap superstar Eminem reveals he suffered from a devastating drug addiction that led to him downing as many as 20 Vicodin, Ambien and Valium in a day.

“The numbers got so high, I don’t even know what I was taking,” Eminem tells VIBE magazine in its second annual Real Rap Issue for June/July.

Following his first stint in rehab in 2005, the rapper, 36, tells VIBE he nearly overdosed after an acquaintance gave him unidentified blue pills, which a doctor later told him were actually methadone. “My doctor told me the amount of methadone I’d taken was equivalent to shooting up four bags of heroin,” Eminem says, noting that had he known, “I probably wouldn’t have taken it. But as bad as I was back then, I can’t even say 100 percent for sure.”

Shortly after detoxing, he suffered a knee injury that required surgery, but because of his drug abuse, he was not prescribed pain killers. “I started looking around my house to see if I had a stash box of Vicodin … I’m ransacking my house, finally find something in the basement, in a little napkin, seven and a half Vicodin – the big extra strength ones – and a few Valium.” With his pill addiction spiraling out of control again, Eminem suffered his second relapse before accepting he suffered from drug addiction.

“It never once hit me that drug addiction runs in my family. Now that I understand that I’m an addict, I definitely have compassion for my mother. I get it,” he says.

With his new album, Relapse, due out May 19, Eminem says he has been sober for a year and is ready to return to the spotlight. “I’m back,” he says. “Rap was my drug. It used to get me high and then it stopped getting me high. Then I had to resort to other things to make me feel that … now rap’s getting me high again.” 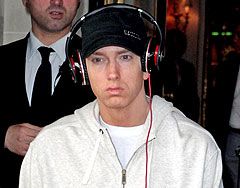 Eminem: My Kids Keep Me Sober 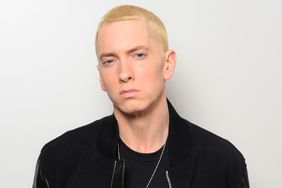 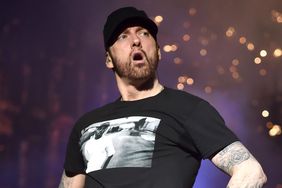 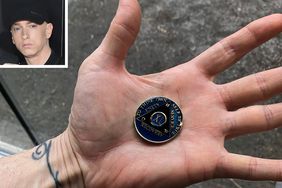 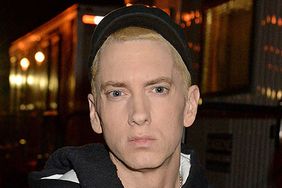