The actress sells more than 100 pieces given to her by her ex-husband, Ron Perelman

After deciding to unload the jewels she accumulated during her six-year marriage to billionaire Ron Perelman that ended this winter, Ellen Barkin sold off more than 100 pieces at Christie’s New York on Tuesday – for a total of $20,369,200, including commission, reports Reuters.

The auction of Barkin’s baubles from the Revlon honcho also included her wedding band, which pre-sale estimates had placed at $50,000. Instead, the ring fetched $130,000, reports New York’s Daily News.

Since their 1999 courtship, PEOPLE reports in its Oct. 9 issue, Perelman had given Barkin many significant gems, including her first strand of pearls and a lollipop-size 22.76-carat diamond ring. But after he surprised her with divorce papers, she told The New York Times, “these are just not memories I want to wear.”

So the actress, currently shooting Ocean’s Thirteen with George Clooney and Brad Pitt, held the auction of jewels by Bulgari, Cartier, and 17 from JAR, by Joel Rosenthal, who makes only 70 to 80 pieces a year.

Says Barkin, 52, of the designer: “He’s like the Matisse of our time.”

“She was very, very pleased,” Francois Curiel, chairman of Christie’s Europe and its international head of jewelry, told Reuters about Barkin’s reaction.

What isn’t known is Perelman’s reaction. The News reports that Christie’s wasn’t aware if the entrepreneur had a proxy bidder in the house trying to buy back Barkin’s booty.

The Elizabeth Taylor Auctions: What the Stars Bought 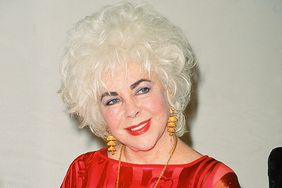