Elizabeth Hurley says she plans to marry her boyfriend of three years, Indian businessman Arun Nayar, in the near future.

“I can’t reveal the date, but it’s very close,” Hurley, 41, tells the Italian edition of Vanity Fair. “And we are also thinking of having a child.”

Last May, Hurley told PEOPLE that she and Nayar “absolutely” would like to have a child together.

Hurley, who models for Jordache and starred in such movies as 1999’s Austin Powers: The Spy Who Shagged Me and 2000’s Bedazzled, previously dated Hugh Grant from 1987 to 2000.

“I can’t boast about being a single mother because it is a choice I would never have made spontaneously: I’m not that type of woman,” Hurley tells Italian Vanity Fair.

“I found myself in this situation, to my surprise and despite myself, and I tried to face the situation,” she continues. “But it was hard. … In any case, I wouldn’t change a single thing of what happened. My life with Damian has been splendid. He is the perfect child.”

Asked by the magazine how it will feel to be married for the first time at 41, Hurley says, “I’ll tell you once I’m married. But I lived with Hugh Grant for 13 years; we were like husband and wife. I don’t think there is a big difference.”

Hurley met Nayar shortly after her son was born. The couple made one of their first public outings in April 2003 at a charity ball at New York City, where an observer told PEOPLE, “(Arun) was happy and smiling. It was obvious that they were very much together.”

The couple, along with Damian, often spend time at the actress’s English countryside farm, which they share with 120 pedigreed cows and a flock of sheep.

“I’ll take Damian out on the tractor while Elizabeth cooks,” Nayar told PEOPLE last May of their life out of the spotlight. “It’s a bit like the Waltons.”

Hurley added at the time, “I love my life. I couldn’t be happier.” 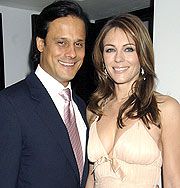 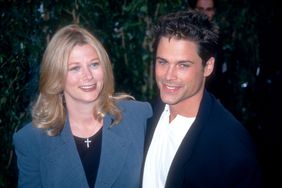 Elizabeth Hurley talks about her need for normalcy

Elizabeth Hurley: I Cried at My Wedding

Elizabeth Hurley: If Arun and Damian Were My Stylists, I Would Look Like Barbie

Elizabeth Hurley talks family, work, and having another child 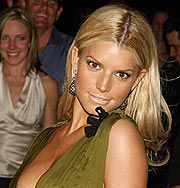 Jessica: Why No Ring? 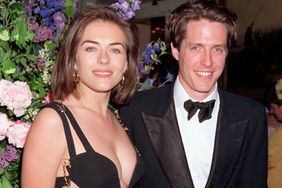 Elizabeth Hurley Says She's Still Friends with Hugh Grant: 'We Went Through So Much Together' 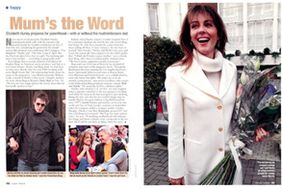