Elizabeth Hurley’s engagement to Shane Warne has brought with it an added benefit: an instant brood.

“I’ve added three more children [to my life],” Hurley, already mom to son Damian, told PEOPLE at Monday’s Breast Cancer Research Foundation‘s Hot Pink Party in New York City. “And I’m learning to be a stepmother to three extra children, so that keeps me running around and on my toes.”

Hurley, who revealed in October she was engaged to the Aussie cricket star, adds that fans should hold off tossing any rice.

“We haven’t actually managed to arrange a wedding yet,” she says. “But it’s definitely in the pipeline.”

As host of the event, Hurley, 46, paid tribute to the late Evelyn Lauder, a tireless breast cancer activist who died in November.

She also paid her respects to longtime pal Elton John and his parenting skills, telling reporters that the singer – who performed at the event, belting out such iconic favorites as “Your Song” and “Rocket Man” – is a great dad.

“He’s always l been a wonderful godfather with my son, who’s now 10, and I’ve seen him with his son and he does indeed change diapers,” she said of John’s son Zachary, 1, with husband David Furnish. “He’s very hands-on and a natural parent. Elton’s always been incredibly kind, gentle and loving.”

Shane Warne: 5 Things to Know About Him
Related Articles 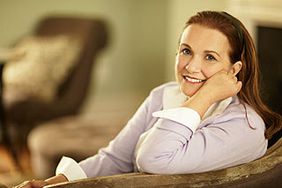