Earl Spencer accepted an undisclosed settlement Wednesday from a British newspaper that questioned the handling of $320,000 raised by a concert staged in honor of his late sister, Princess Diana. Spencer had sued the Express on Sunday for libel over its Dec. 16 story. His attorney, Simon Ekins, said the story “gave rise to the inference” that the earl had control over the concert proceeds and may have used some of the money to defray the high costs of running his country estate. (In fact, Ekins said, the June 28 concert at the estate was organized by an independent company, and Spencer had no control over the proceeds.) The newspaper withdrew its allegations and apologized, blaming an editing error. 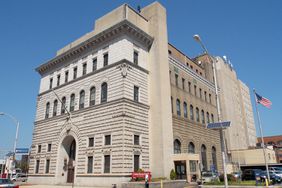