Dzhokhar Tsarnaev Wipes Away Tears as His Relatives Testify in Court

Throughout his trial for his role in the the Boston Marathon bombing, defendant Dzhokhar Tsarnaev has not cried.

For months, he stoically listened to harrowing testimony about the pain and suffering caused by the bombing that killed three people and injured 260 more. The jurors were often reduced to tears, but Tsarnaev showed no emotion.

Even when he was convicted of 30 felony counts, Tsarnaev remained dry-eyed.

For the first time, the 21-year-old appeared to shed tears while watching his aunt, Patimat Suleimanova, weep and hyperventilate on the stand. According to the Boston Globe, Tsarnaev reached for a box of tissues and wiped tears from his cheeks.

As Suleimanova attempted to testify in her nephew’s defense, she broke down sobbing. She was asked to step off the stand to regain her composure, but she never returned to testify.

Instead, four other relatives testified during the sentencing phase of his death penalty trial. His aunt Shakhruzat Suleimanova and her three adult daughters told jurors that Tsarnaev was a sensitive child who wept while watching Disney’s The Lion King.

During cross-examination, Assistant U.S. Attorney Bill Weinreb pounced on that anecdote. You agree that the person who cries at the death of a cartoon character but is indifferent to the suffering of hundreds…” he began, before the defense objected.

His point was clear.

“I categorically reject what he did,” replied Suleimanov. “It’s a great tragedy, of course.”

Another cousin, Nabisat Suleimanov, shared an odd recollection of Tsarnaev. She said that her aunt loved him and allowed him to get away with some bizarre behavior.

“She’s a very stern woman,” Nabisat Suleimanov testified. “She made her children follow the rules all the time. And when [Tsarnaev] appeared, she changed drastically. She would even let him urinate in the sink in the kitchen, and it was very strange for us.”

Federal prosecutors were unmoved by the recollections. They maintain that Tsarnaev is a remorseless terrorist who deserves the death penalty. The defense is attempting to humanize him to the jury so that they sentence him to life without the possibility of parole. 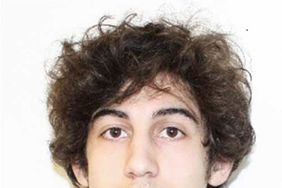 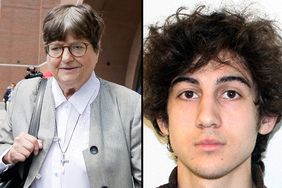 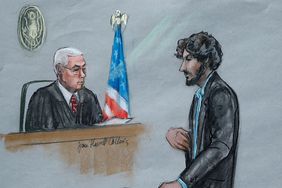 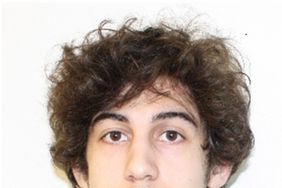 Judge to Tsarnaev Jurors: Don't Go to the Boston Marathon