Add a hairpiece here and some prosthetics there, and just like that, Chris Hemsworth, Jennifer Lawrence and more of Hollywood's most familiar faces become suddenly unrecognizable

Spending three hours in the makeup chair might seem like a nightmare for some people, but we imagine that mixing Jennifer Lawrence and a bunch of blue paint can only end in hilarity for the X-Men cast and crew.

Streep's transformation into former U.K. prime minister Margaret Thatcher for The Iron Lady was so head-turning, it earned her one of those shiny, trophy things – you know, an Oscar.

Depp is no stranger to drastic on-screen makeovers, but the thinning grey hair and old-age makeup he's wearing for the upcoming Black Mass might – weirdly enough – be his most dramatic change yet.

The Suicide Squad team finally answered that age-old question: Is it physically possible to make Leto look anything less than mind-blowingly handsome? Yes, it turns out, but it will take a whole lot of makeup.

Also from Suicide Squad: Robbie normally gravitates toward makeup looks that are subtle and glowing, but her Suicide Squad character, Harley Quinn, is clearly a believer in more being much, much more.

Most actresses are constantly looking for ways to appear younger, but Swinton packed on the liver spots and reveled in the wrinkles that she was given for her role in The Grand Budapest Hotel.

It's hard to believe that underneath all of that menacing makeup is one of the friendliest faces on TV, but if Carell's Foxcatcher look proves anything, it's that a man's power comes from his nose ... and his chin.

Bale may have earned an Oscar nomination for 2013's American Hustle, but the real Best Supporting Actor honor should have gone to the wild, '70s comb-over that was practically a character in its own right.

What happened to Adam? Driver's make-under isn't actually his new look – his Girls character is simply in-character for a new role. (Confusing, we know.) 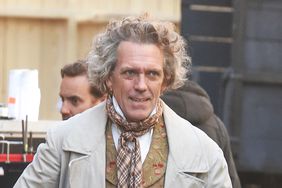 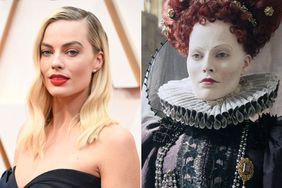 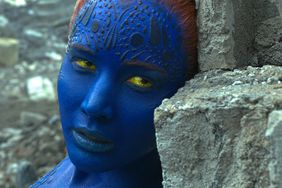 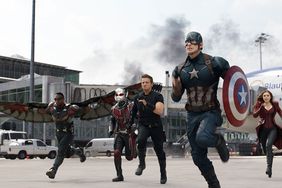