Although it was announced that Donna Summer’s death on Thursday was due to cancer, in some quarters it was speculated that it may have been breast cancer.

That was not the case, her family says in a statment, giving the cause of death as lung cancer, while also clarifying that her cancer “was not related to smoking.”

“Ms. Summer was a non-smoker,” says the statement. “Obviously, numerous factors can be attributed to the cause of cancer in general, but any details regarding the diagnosis and subsequent treatment of Ms. Summer’s case remain between her family and team of doctors.”

Summer, who was 63, remained highly guarded about her condition – many of her close friends didn’t even know she was sick. “Her family knew. I just think that she’s private,” a source tells PEOPLE.

The singer’s family announced Summer’s death Thursday, saying in a statement that they “are at peace celebrating her extraordinary life and her continued legacy.”

In his own statement issued from the White House, President Barack Obama said, “Donna truly was the ‘Queen of Disco.’ Her voice was unforgettable, and the music industry has lost a legend far too soon.” 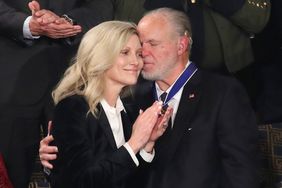