According to his campaign manager, Trump it skipping the debate for his own event scheduled to be held in Iowa

Donald Trump fans will miss the Republican presidential candidate at the next GOP debate.

According to CNN, Trump’s campaign manager Corey Lewandowski told reporters on Tuesday that the billionaire businessman will not be in attendance on Thursday night as the other candidates go head to head on Fox.

“It’s not under negotiation,” Lewandowski said. “We’ll have an event here in Iowa with potentially another network, to raise money for wounded warriors. And Fox will go from probably having 24 million viewers to about 2 million.”

Trump’s bailing on the debate is part of his ongoing spat with Megyn Kelly. Recently, Trump admitted he wouldn’t attend the debate if he thought it would be unfair.

“If I think I’m going to be treated unfairly, I’ll do something else,” he told CNN’s Wolf Blitzer.

Fox hit back in a statement to The Wrap, criticizing the candidate for thinking he can pick which reporters he works with.

“Sooner or later Donald Trump, even if he’s president, is going to have to learn that he doesn’t get to pick the journalists – we’re very surprised he’s willing to show that much fear about being questioned by Megyn Kelly.”

The bad blood between Trump and Kelly has been boiling since an earlier GOP debate, when the republican front-runner accused her of being unfair to him when she moderated. Since, the two have gone back and forth, slinging insults and accusations at one another.

On Tuesday, Trump handed the matter over to the court of public opinion, tweeting a poll that asked fans whether or not he should do the debate. So far, the results have fluctuated, with 76 percent being in favor at one point, and most recently having a 60/40 split, with the majority voting yes.

In another tweet following his poll, Trump accused Fox of using him to build their ratings after the network gave a statement to Mediaite, saying, “We learned from a secret back channel that the Ayatollah and Putin both intend to treat Donald Trump unfairly when they meet with him if he becomes president – a nefarious source tells us that Trump has his own secret plan to replace the Cabinet with his Twitter followers to see if he should even go to those meetings.”

Trump’s response to the network’s sarcastic reaction to his twitter poll read, “Pathetic attempt by @foxnews to try and build up ratings for the #GOPDebate. Without me they’d have no ratings.”

Donald Trump Claims Skipping GOP Debate Might Have Cost Him Iowa: 'I Think Some People Were Disappointed' 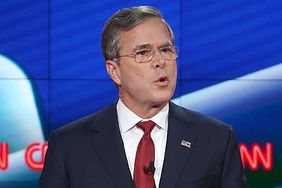 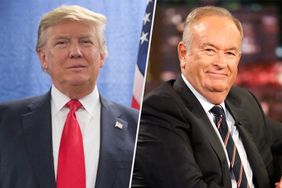