Donald Trump Jr. and his wife of one year, Vanessa, are expecting their first child, the couple have confirmed to PEOPLE.

The baby, who is due early next summer, will be the first grandchild for real-estate mogul Donald Trump.

“Everyone’s very excited,” Vanessa, 28, tells PEOPLE. Although “if you mention the ‘grandpa’ word (to Donald Sr.), he might not be so excited.”

Complicating the family dynamics: The new baby’s uncle Barron (son of the elder Trump and his wife Melania) is just eight months old.

“They’ll be more like brothers, or brother and sister,” says Vanessa, who wants her baby’s sex to be a surprise.

What kind of father will Donald Jr., a Trump Organization executive VP, be? A lot like his own dad. “Trumps don’t do diapers,” says Don, 28. But he does vow to be more hands-on – think playing catch – with his own kids.

Meanwhile, his wife is a natural with kids, says Don. “Vanessa will, no question, be an amazing mother. She is one of those few people who are able to take crying children out of their mother’s arms and actually get them to calm down. I think I’ll have a lot of learning to do, but I learn fast.”

As for how big their brood will eventually be: “She (wants) five,” Don says. “I’ll wait till she cranks out one and then I want to renegotiate that back a bit.” 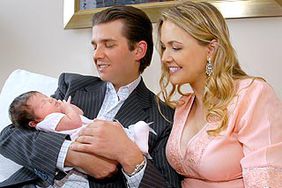 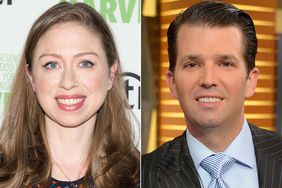 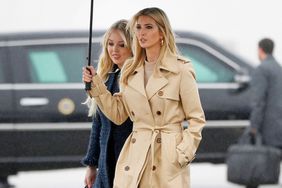